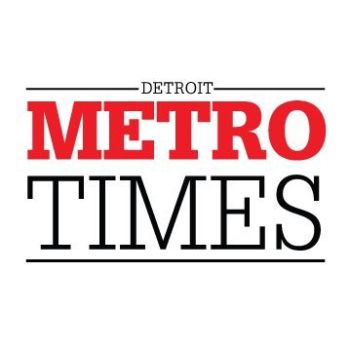 Jack Lessenberry, the Toledo Blade‘s ombudsman and a Metro Times columnist, quit his gig at the Metro Times after news site Deadline Detroit published an article alleging his “long history of questionable behavior with women.” And yesterday, he resigned from Michigan Radio saying he wanted “to avoid distracting listeners from the fine work of Michigan Radio,” the Detroit News reported.

Wayne State University, where Lessenberry is the head of journalism faculty, is investigating the allegations against Lessenberry. Lessenberry denies the claims but told the university he wouldn’t teach or work with students until the investigation ends, Crain’s Detroit Business reported.

In an e-mail to iMediaEthics, after we had asked him about the allegations, Lessenberry wrote,

“These are entirely baseless allegations, and what they did regarding me was not journalism.  I am confident I will be vindicated by Wayne State University following an honest investigation, which I welcome.  Until this matter, nobody filed any kind of complaint against me in 25 years of teaching and finding students internships and jobs. Students on three continents have sent me anguished messages of support, as have many other women I’ve worked with over a long career.”

Lessenberry added that the Toledo Blade’s “publisher has been especially supportive.”

“Deadline Detroit has chronicled a half-dozen allegations from women who say he acted inappropriately, made inappropriate remarks or repeatedly showed unwanted attention, earning him the nickname ‘Letchenberry,’ among some Wayne State University students. These claims from past newsroom colleagues and students involve actions from around 1990, when he was a manager at the Commercial Appeal in Memphis, through 2009 as a WSU lecturer.”

Deadline Detroit published a response from Lessenberry in which he acknowledged that 30 years ago, he had an affair with a reporter at the Memphis newspaper the Commercial Appeal when he was a consultant and later assistant managing editor. But, he said that was the only instance where he was “involved” with anyone at the paper.

Lessenberry claimed “two former students with an agenda” were trying to “get” him, that “most” of the Deadline Detroit allegations were “untrue,” “essentially amounted to innuendo,” and were old.  He said the university never got complaints about him and that he wasn’t “perfect” but the culture has changed since the 1980s. That said, he wrote, “That’s not to justify insensitivity; if I made anybody feel uncomfortable in that sense, I apologize.   I don’t apologize for making students feel uncomfortable about substandard work.”

In response to our questions about Lessenberry’s reaction to their reportage, Deadline Detroit‘s editor Allan Lengel wrote to iMediaEthics,

“Jack Lessenberry has a right to question the reporters. One did originally come to us and ask to write a #metoo piece about Lessenberry and we told her if she found more people who had complaints we would consider running a story. She recruited another former student to help her and they worked on reporting the story for about six months. The reporting was closely scrutinized and supervised by a group of editors.

“We originally were going to have her write it in the first person, but then thought it would be easier to do in story form and then have a sidebar explaining her role. Our idea was to be as transparent as possible.  We also found that both reporters acted professionally during the news gathering process. As for Lessenberry calling the women’s allegations “false” or “innuendo,” he’s entitled to say whatever he wants. If he wants to call the women liars, that is his prerogative. “

At first, the Metro Times suspended Lessenberry and pulled his weekly column. Then, Lessenberry quit in response to the suspension, editor Lee DeVito wrote in a news story on the paper’s website.

“However, Jack didn’t agree with my decision. He pointed out that not one of the women in the Deadline story had come forward to file a formal complaint with WSU, and that his other employers, Michigan Public Radio and the Toledo Blade, had not decided to suspend him. With that, he tendered his resignation from Metro Times last night. ”

DeVito told iMediaEthics by e-mail, “We’ll be keeping an eye on the results of WSU’s investigation into the matter.”

Lessenberry provided iMediaEthics with a copy of his e-mail to Metro Times saying he would quit. It reads:

“For twenty-five years I have written faithfully for the Metro Times, winning recognition four times as the top alternative column in the country, and never missing a week.  Now, you choose to suspend me after a scurrilous attack, based mostly on anonymous sources, without one person coming forward to file a formal complaint at my university or any of my other employers.

“They have been loyal to me and have given me the benefit of the doubt.
“You have not.
“This is beyond unfair, and so, if that is your position, I have no choice but to resign immediately.”

The Toledo Blade‘s Luann Sharp told iMediaEthics that “We have checked our human resources files and spoken with former managers, and have said that any employees, current or past, can bring issues forward to us, confidentially if they choose.  We are doing our due diligence.  At this time Mr. Lessenberry remains as a contractor to The Blade.  He is not an employee.  Should Wayne States University’s investigation confirm specific issues of student harassment, we could revisit our relationship.”

Sharp added, “We have had no record of any similar complaints from when he was an employee or since he became the ombudsman.  He started as an intern in 1978, and was a reporter and national correspondent from 1978 to 1983.  He rejoined The Blade as national editor in June 1987, leaving in February 1988 to become editor of Detroit Monthly.  He was contracted with as an ombudsman, writing coach and freelance writer in 1998.”