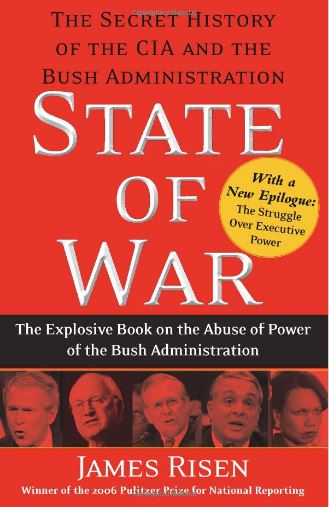 James Risen will have to testify next month related to the trial of a former CIA officer Jeffrey Sterling, but he won’t have to identify his source, the U.S. prosecution says.

The Justice Department wants to know if Sterling was one of the anonymous sources for Risen’s book State of War, The Secret History of the CIA & Bush Administration: The Explosive Book on the abuse of power of the Bush Administration.. The book included information on “a top-secret CIA effort to undermine Iran’s nuclear program with flawed blueprints,” Politico said. He originally tried to publish the claims in the Times but the government requested the Times not publish at the time for national security.

As iMediaEthics has written, Risen has been fighting a court order to prevent having to identify his anonymous source. Risen lost an attempt to appeal to the U.S. Supreme Court to protect his source earlier this year.

Now, the Justice Department says it won’t make Risen say if Sterling was his source, Politico reported. Instead, Risen will be asked “about how he prepared the book,” U.S. District Court Judge Leonie Brinkema said.

“They will also ask Risen to confirm that Sterling was an on-the-record source for his 2002 article, though they will acknowledge that Risen’s book included confidential arrangements with his source,” CBS News reported.

Next month he won’t be testifying at the trial but rather at a hearing to review questions, according to the Associated Press.

Despite the proposal from the Justice Department to testify without identifying his source, Risen hasn’t said he will for sure answer all questions and the Los Angeles Times noted that there is the possibility that Sterling’s lawyers could ask problematic questions.

“One complication is that any agreement between the Justice Department and Risen would not bind Sterling’s lawyers, who said Tuesday they were unsure what questions they might want to ask Risen during cross-examination. They could ask questions that he would refuse to answer, putting him at risk of being held in contempt of court,” the Los Angeles Times reported.

National Public Radio noted that this summer Attorney General Eric Holder said, “As long as I’m attorney general, no reporter who is doing his job is going to go to jail.”