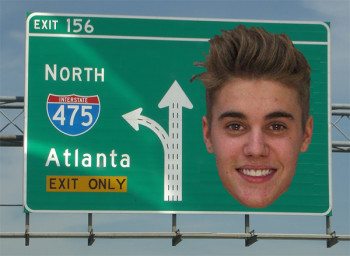 Countless news outlets were hoaxed by a radio prank claiming Justin Bieber was planning to move to Atlanta and residents were protesting.

But, Cumulus Media’s 100.5 morning show The Regular Guys was behind the hoax protest.

The outlet created a “fake neighborhood group” called the Buckhead Neighborhood Coalition, according to a CNN news report on the hoax.

The show’s producers dressed interns up as “protesters” according to E Online. And, the interns also did phony interviews, My Fox Atlanta reported.

Wachs boasted, according to CNN, that the prank “got 33 international media outlets including TMZ to generate 45,000 plus news stories”

But, according to Regular Guys co–host Steve Rickman, the stunt was just meant to be a prank and not an international media hoax, E! Online reported.

“We did not send press releases or anything like that to our local affiliates. We’re really not trying to, you know, burn everybody—we’re just doing something fun.”

Below is a list of media outlets that iMediaEthics saw duped by the Justin Bieber Atlanta story.

The Huffington Post was also hoaxed but was updated to admit that the protest was a hoax stunt.

The New York Post’s report on the protests even made it to print in its Feb. 24 edition. See a scan of the print edition below.

The Daily Mail published a video report on the hoax protests, but it has been unpublished from its website. See a Google cache.

Oddly, the Daily Mail’s report on the Justin Bieber protest is still published. See below a search of the Daily Mail website showing the two reports on the protests.

Curbed posted a story on the protest but has updated to reflect the protests were a prank.

iMediaEthics has written to The Regular Guys‘ station for more information including confirmation that it had interns pose as protesters and will update with any response.

iMediaEthics will update this story with more information.