Licensing Fees? Or Paying Sources for Content? Casey Anthony Gets Payday from Media 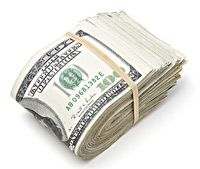 It’s a straightforward and unambiguous ethical rule that journalists should not pay sources for content. It seems equally clear that this should extend to all content — from personal statements to evidential documents such as photos and video. While it is standard practice to pay a licensing fee for accompanying media, a few recent cases point to a trend in which news outlets disguise content payments as significantly inflated licensing fees.

The most recent example comes out of Orlando, Florida, where Casey Anthony is awaiting trial on multiple criminal charges, including first-degree murder of her 2-year-old daughter, Caylee Marie Anthony. NBC News affiliate WESH in Orlando reported that Cindy Anthony, Casey’s mother, stated during a sworn deposition that she had received money in connection to the case. Suspecting that Cindy may have been paid for an exclusive interview with the CBS News magazine show “48 Hours Mystery,” WESH questioned the show’s producers. A representative for the show told WESH, “CBS News did not pay for any interviews relating to the Anthony story. Licensing footage is a standard industry practice done by television news programs to produce a visually complete story.”

In February, the Orlando Sentinel was the first to report that an ABC producer with the program “Good Morning America” had paid for a 3-night hotel stay at the Ritz-Carlton Orlando at Grande Lakes for Cindy Anthony and her husband (Caylee Marie’s grandfather), George Anthony. The Sentinel explained that, “The Ritz-Carlton stay came at a time when reporters from across the country were trying to find and talk to the Anthonys. Various experts have told the newspaper that networks and other media organizations frequently put up interview subjects in hotels to secure access while keeping them away from competitors.” In other words, it’s OK for news outlets to provide monetary benefits if they’re trying to maintain an exclusive story.

WESH suggests that Cindy Anthony may have received “thousands of dollars” for her appearance on “48 Hours Mystery,” basing their estimation on earlier reports of payments to Ray Kronk, a meter reader who found Caylee Marie’s remains in the woods. Kronk also gave an exclusive interview to the ABC program “Good Morning America” and his attorney claims he was paid $20,000 dollars for a photo of a rattlesnake he saw in the woods (one assumes this was the same wooded area where Kronk found Caylee’s remains, though the WESH story doesn’t specify this).

Earlier this year, another pay-for-content situation arose in Antioch, California, when Jaycee Dugard was found alive after being abducted 18 years ago. As reporters scrambled to get the inside story on Dugard’s life with her abductor, Phillip Garrido, and their two young daughters, journalists allegedly offered neighbors and family members money for exclusive content and photos.

According to the San Jose Mercury News, Garrido’s neighbor, Damon Robinson, was given $100 and a camera to take photos of Garrido’s backyard. And even after talking to CNN, the Associated Press, and The Los Angeles Times, Robinson continued to be offered money by reporters for an “exclusive” interview. The Mercury News reports that, eventually, Robinson took a $2,000 check from a British reporter and stopped talking to others.

Another source who knew Garrido was paid $10,000 for promotional business materials that included Garrido’s business cards, which featured a photo of Dugard.

These situations, which both center on high-profile cases with sensational value, present serious ethical problems.

In their report on the Anthonys, WESH spoke with Kelly McBride, an ethics group leader at The Poynter Institute, who said, “If a licensing fee is really a mask to pay a source for his or her information, the problem is then the information itself is tainted.” McBride suggested that licensing fees should be restricted to fair market value, which, as WESH pointed out, cannot always be easily determined.

When the Orlando Sentinel broke the story about Cindy and George Anthony’s Ritz-Carlton stay, Karen Slattery and Mark Doremus wrote about “Pay for Play” situations for The Digital Journalist. They argued that all reporters should have equal access to information and that journalistic competition — free from monetary contamination — is usually a positive thing. “The best stories result from thorough, conscientious, insightful and energetic reporting. Asking questions, probing for information and checking (and double-checking) facts are crucial to uncovering the truth of a story, and require that all journalists have fair and open access to sources.”

Licensing Fees? Or Paying Sources for Content? Casey Anthony Gets Payday from Media