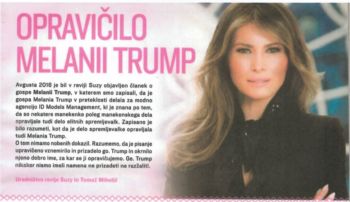 In an e-mail to iMediaEthics, Trump’s lawyer Natasa Pirc Musar said there was a non-disclosure agreement for the settlement, but confirmed that the apology was published in print and online. “Mrs. Melania Trump and Delo Ltd. (the owner of the magazine Suzy) have signed an out-of-court settlement regarding the false statements published in August 2016 in the Suzy magazine,” Musar told iMediaEthics. “The conclusion of all the court cases is a proof that also in the future Mrs. Trump will not allow insults and lies but will always react and protect her rights and interests.”

On its website, Suzy apologized, saying it had no “evidence” for its claim. Google Translate provides a rough translation of the apology:

“In August, Suzy published an article about Mrs Melania Trump , in which we wrote that Ms. Melania Trump worked in the past as a fashion agency ID Models Managment, which is known for the fact that some models modeled their work elite companions. It was written to understand that the accompanying work was also performed by Melania Trump.

“We do not have any evidence about this. We understand that the writing was rightfully annoying and hurt. Trump and curtailed her good name for which we apologize. Ge. Trump in no way had the purpose not to hurt and not repel.” 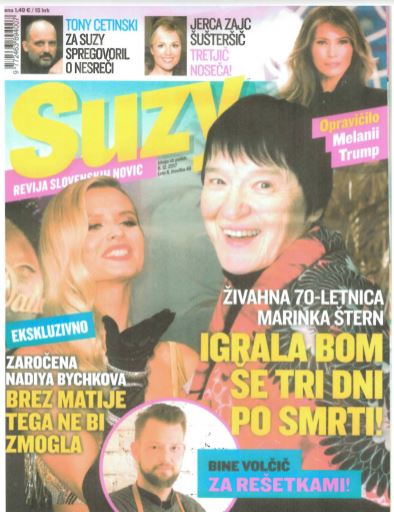 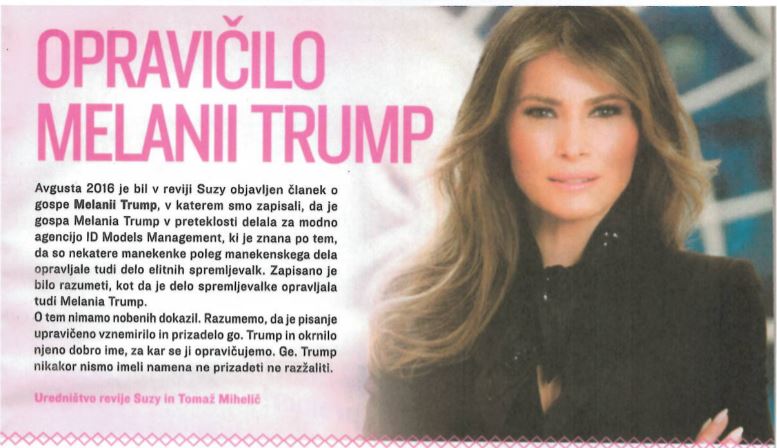 iMediaEthics has written to Suzy to ask about the settlement and error.

Trump has sued others for making escort claims about her, as iMediaEthics has reported. Earlier this year, the UK Daily Mail paid about $3 million to settle her lawsuit against it. In February, Trump settled her libel lawsuit against Maryland blogger Webster Tarpley after he blogged about the allegation she was an escort.

In February, New York Times features writer Jacob Bernstein apologized for having told model and actress Emily Ratajkowski at a party that he thought Trump had been a hooker.