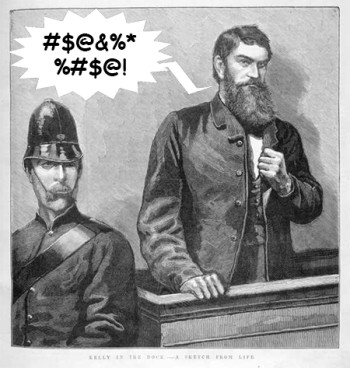 Dunn is on trial in Florida for the 2012 shooting death of 17-year-old Jordan Davis. Dunn claims self-defense. (More on the trial over at the Los Angeles Times.)

Without censoring the profanity, CNN showed a portion of Dunn’s testimony, in which he said “motherf**ker” and “sh*t”

Cooper’s apology is below:

Apologies for the curses aired from the witness stand during the Dunn trial tonight. They should have been beeped out. I am deeply sorry.