Naming the Freeman School Shooter: Why Spokane TV News Did 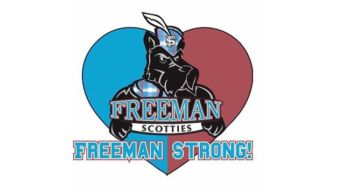 After a 15-year-old killed a classmate and shot and wounded several others at Freeman School on Sept. 13, the ABC-affiliate KXLY and NBC-affiliate KHQ in Spokane, Wash. decided to name the school shooter, Caleb Sharpe, in its coverage. Sharpe has been charged with murder and attempted murder. NBC News reported the local sheriff, “Spokane County Sheriff Ozzie Knezovich said authorities intend to charge Sharpe as an adult.”

Noting there have been campaigns to not name or show images of mass shooters or attackers, KXLY’s assistant news director Melissa Luck explained the station decided naming the teenager was an important aspect of the story, pointing to Poynter’s advice on determining when to name the shooter. “We will not glorify these acts or give a platform. But, we will give the facts of the story,” Luck wrote. That said, Luck noted KXLY doesn’t intend to include all of the graphic information that is available, like the shooter’s YouTube videos, and KXLY does plan to report on the victims and heroes.

“These are not easy decisions for us. The last thing we want to do is create more violence in this community; we live here, too,” she continued. “We grieve alongside the families and we drop off our children at school knowing the world is different than it was yesterday.”

NBC-affiliate KHQ’s news director Traci Zeravica explained to iMediaEthics why KHQ decided to name the Freeman school shooter. “KHQ took significant time and had many internal discussions before deciding to identify the accused shooter of Wednesday’s violence, at Freeman High School,” she e-mailed iMediaEthics. “As a journalism organization and stewards of our local community we are wholly aware, and share the very real concern, of potentially glorifying the person responsible and overshadowing those victimized in the attack.”

Like KXLY, Zeravica said the station reviewed Poynter’s advice in making its decision. “Some of the points that guided us with arriving at our ultimate course of action included preventing the perpetuation of misinformation, context and researching important background information regarding past actions of this individual,” she explained. “To that end, KHQ made the decision to responsibly identify the alleged shooter and only report about him when there is new, urgent and important factual information that must be relayed to our local audience.”

CBS-affiliate KREM also named Sharpe in its coverage, iMediaEthics found. iMediaEthics has written to KREM to ask what prompted their decisions.

In 2014, Canada’s Sun News, which has since shut down, announced it would not name the man accused of murdering three Canadian police officers after the man was charged.  “We will no longer name him and we will no longer show you his pictures because we feel at this network it is more important not to let him go down in a blaze of glory and it’s more important to give the attention to the victims and the families,” Sun News stated.

In 2015, an Oregon sheriff, John Hanlin, wouldn’t name the gunman behind the October 2015 shootings at Umpqua Community College. Many outlets named the shooter, Chris Harper Mercer, who killed 10 people, regardless.

Naming the Freeman School Shooter: Why Spokane TV News Did