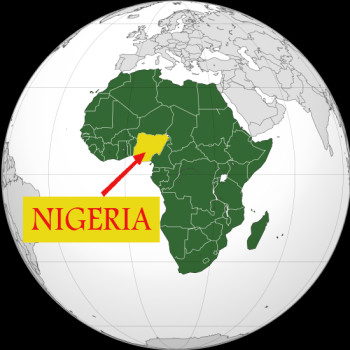 The Nigerian Tribune fessed up to publishing a fake interview and fired the reporter who was duped.

The fake interviewee posed as Professor Itse Sagay, who was head of Nigerian president Muhammadu Buhari’s advisory committee on anti-corruption. Sagay told African online news site the Sahara Reporters he didn’t give the Tribune an interview and that he actually stopped talking to the newspaper’s reporters back in August because he thought the paper misreported on his comments.

The comments from the fake professor criticized the president for his actions on corruption, saying “I know that his sincerity is not total.”

A link to the original article now goes to an error page. A Google cache still produces the article, headlined “Buhari is not sincere with corruption fight —Sagay.”

“A lot of issues have since cropped up on that interview with the supposed interviewee disclaiming it through an online medium,” the newspaper said. ” We have done a preliminary in-house investigation into how the interview was conducted and on what could have gone wrong with it.”

According to the Nigerian Tribune, one of its political reporters phoned someone who he mistook for Professor Sagay. The person interviewed didn’t say he wasn’t Sagay, but after Sagay complained, the newspaper listened to the recording of the interview and realized it the professor was correct.

“Online reports quoting Professor Sagay as denying granting the interview were, therefore, received by us with a shock,” the Tribune said. “We consequently listened to the audio recording of the interview and, regrettably, discovered the voice not to be that of Professor Sagay.”

The newspaper apologized to Sagay, the president, readers, and anyone else who was criticized in the interview by the fake Sagay.

“There was no deliberate action on our part to mislead our readers,” the Tribune added, noting that it is looking into how the fake interview made it to publication.

iMediaEthics has written to Sagay for comment. Our e-mail to the Telegraph bounced back.