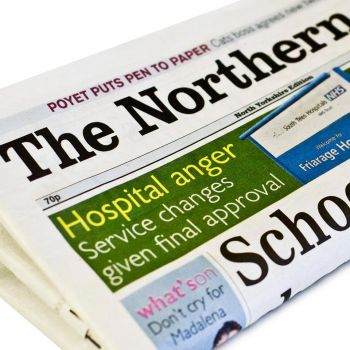 You may be wondering why the Echo published a story on a random woman’s birthday party. The Echo‘s story was a follow-up to another story about food poisoning at the hotel where the women partied. The women had become sick at the hotel, but Public Health England’s investigation of the food poisoning found no “wrongdoing” or “obvious defect” with the chicken liver parfait the women ate, the article reported.

The Echo‘s story reported on the birthday party, citing CCTV (security) footage of the event, but the woman complained the story exaggerated what happened at the party, and argued the video was irrelevant. Further, the woman said the party was in a private room of the hotel, and that it was an invasion of privacy for the newspaper to report on and view the CCTV footage.

On the other hand, the Echo stood by its story, according to IPSO, which reported the newspaper “suggested that the party-goers’ drinking and behaviour may have been relevant to the way they handled, consumed and reacted to the food, as well as how they recollected the events of the night.” The Echo claimed the story was in the public interest.

IPSO did not find it was an invasion of privacy to report on the actions in the hotel though because of the public health interest. IPSO flagged that the ruling considered “in a significant way” that the women weren’t identified or identifiable in the report.

The Echo must publish a portion of the ruling on its front page and the rest on its second page.

The Echo pointed iMediaEthics to its statements in the IPSO complaint.