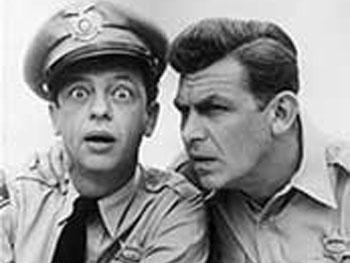 Who would have thought that the headline to Emily Keller’s Sunday NY Daily News story, “Bye-bye, Baldwin: Fans flee after phone fury,” meant only three New Yorkers weighed in against the actor Alec Baldwin, not hundreds?

The Daily News editors must have been too busy posing for the giant photo used in the double-page, self-congratulatory Pulitzer-win spread to stop Keller’s piece from slipping through.

For background: The weekend’s news included the release of a voicemail of Baldwin screaming at his 11-year-old daughter like a raving loon on voice mail. Baldwin’s daughter, trapped between warring parents, did not answer her court-ordered phone appointment with Baldwin, thus provoking daddy to call his little girl a “pig.”

I immediately thought Keller must be referring to an opinion poll; however, there was no poll and no transparency about how many New Yorkers Keller actually spoke to.

There was Michael Scuderi, a Brooklyn businessman, who said, while watching his kids in the park, “It sheds a new light on [Baldwin].

“People act in movies and TV. You don’t see the real person, and then it comes out in something like that.”

Then there was Scuderi’s “homemaker wife,” Christine, who “called Baldwin’s scream-a-thon childlike.” She told Keller, “I wasn’t a big fan of him to begin with, so I would say I’d be less of one now.”

That raises the total to two against Baldwin’s irrational actions.

“He’s mad at his daughter–he lost his temper–it doesn’t mean he’s not going to be a good father,” said Dan Farrell, an engineer with a 4-year-old son.

Farrell’s support of Baldwin, according to Keller, angered his wife. Keller reports “a tiff” ensued between Farrell and wife Michelle, a certified public accountant who called Baldwin a “sicko” and said, “I wouldn’t watch anything he’s in.”

So there you have it folks. The tally is three New Yorkers against Baldwin and one in support (and possibly another divorcing couple caused by the fight Keller reportedly started between Dan and Michelle).

The way Keller writes this piece you’d think we were in freckin’ sleepy Mayberry. Hope those Pulitzer editors get back to their desks soon.