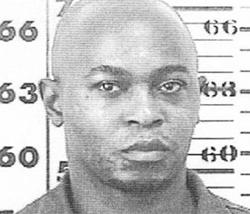 Convicted murderer Darryl Littlejohn, got news coverage for complaining that others threatened to poison his food in prison. However, the papers never mentioned that the Court appearence was primarily about a Sixth Amendment issue-- not his fear of food poisoning.

When iMediaEthics contacted attorney Joyce David for clarification of quotes she gave the New York Daily News and the New York Post she informed us that the media was missing far more than a few of her quotes: they were missing the point.

Both the Daily News and the Post covered a story on David’s client, convicted murderer Darryl Littlejohn, who complained others threatened to poison his food in prison. However, the papers never mentioned that David’s court appearance in behalf of her client was primarily about a Sixth Amendment issue– not his fear of food poisoning.

The Daily News’s article opened with this lead: “The bouncer accused of killing grad student Imette St. Guillen who has whined about no TV in jail and moaned that his handcuffs hurt, now claims other inmates are trying to poison him.” The Post called Littlejohn a “fiend” in its headline. Regardless of the brutal nature of Littlejohn’s crimes and whether or not he complains often, a more important story–and the point of the appearance– is ignored. Why?

David told iMediaEthics that she has been trying to interview the witnesses in this case for three years but that the District Attorney has refused to provide a list of witnesses needed for her to properly prepare in advance of trial to defend her client.

She felt the media highlighted Littlejohn’s food fears to sensationalize the story and purposefully failed to mention the more important Sixth Amendment issue. It turns out she was right. Daily News reporter, Scott Shifrel said about his report: “I’m not there to describe what the event is. That’s not my job,” said Shifrel. “I’m not trying to bore people to death. I’m trying to write about something new and eye catching.”

StinkyJournalism argued that leaving out the context (that more was discussed than just the food fears) gave the public the false impression that the only reason David went to Court was frivolous when the Sixth Amendment issue was the main purpose and focus. Shifrel disagreed. “I’m not a stenographer for Joyce David. That’s not my job,” he said. Shrifel explained that a journalist should focus more on what’s new about a story than the details. The Sixth Amendment issue is not new or news, according to Shifrel who covers the Brooklyn Courts for the News. “This goes on in every case. It’s very inside baseball. It’s actually very boring.”

We also pressed Shrifel about his use of the words whining and hulking. According to David, her client only stands at 5’ 6″. Although Shifrel debated both, he later admitting the word whining is “a little subjective” and that hulking is “overused.” Overused indeed.

The Daily News used “hulking” as a description in a whopping 73 of its articles in the past year. The Post used it 67 times. Shifrel was surprised to learn just how overused the word hulking is but shrugged it off saying there’s only so many descriptions out there for a crime reporter to use. While iMediaEthics appreciates Shifrel’s time and patience, we were unconvinced. Respectfully, we agree to disagree.