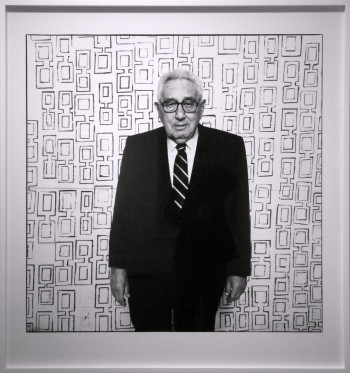 The New York Times‘ book review of Niall Ferguson’s book on Henry Kissinger didn’t disclose that the reviewer had been asked to write the book and had previously co-authored a chapter of a book with Ferguson.

“After this review of the first volume of Niall Ferguson’s authorized biography of Henry Kissinger was published, editors learned that the reviewer, Andrew Roberts, had initially been approached by a publisher to write the biography himself; he says he turned the offer down for personal reasons, and Ferguson was eventually enlisted to undertake the task. In addition, Roberts and Ferguson were credited as co-authors of a chapter contributed to a book edited by Ferguson and first published in 1997 (Roberts describes their relationship as professional and friendly, but not close). Had editors been aware of these connections, they would have been disclosed in the review.”

The Times learned of the conflict after publication when Gawker called out the lack of transparency, Times public editor Margaret Sullivan reported, noting that Roberts’ review of Ferguson’s book and Kissinger was positive.

Gawker’s post carries its own “note to readers” disclosing that a New York Times Book Review of Grandin’s book on Kissinger was published “in the same edition of the New York Times Book Review in which Roberts’ essay appears.” Gawker said it knew the Book Review was reviewing Grandin’s book; it just didn’t know when that review was to be published. Gawker apologized for not disclosing in the original posting of Grandin’s article about his link to the Book Review. “This was relevant information that should have been included in the post, especially in a discussion of the ethics around writers’ conflicts of interest,” Gawker wrote. “We should have inquired with Grandin as to the timing of the review of his book and reported that fact in the post, ad we apologize for failing to do so.”

Times book review editor Pamela Paul told Sullivan that the newspaper expects its reviewers to disclose any conflicts and that while Roberts mentioned he knew Ferguson, he didn’t tell the Times he had been asked to write the book himself.

Sullivan commented that if the Times had known that Roberts had co-authored a chapter with Ferguson “that almost surely would have disqualified” Roberts.

Originally, the review only identified Roberts as “the Lehrman Institute distinguished fellow at the New York Historical Society.”

Paul sent a statement to Sullivan in which she noted that the Times added the editor’s note to the article. She also said it doesn’t violate Times guidelines for Roberts to appear at an event with Ferguson later this month since he didn’t agree to participate until after his review was turned in. Regarding the essay that Roberts and Ferguson co-authored, Paul said that Roberts told the Times he wrote the essay for a book Ferguson edited and Ferguson added “extensive work” in the form of editing so that’s why they had a shared byline.

Despite the complaints over the review, Paul said the Times is “satisfied that in this case, Mr. Roberts reviewed the book fairly.”