Was it OK for Australian newspapers to Disclose HIV/AIDs status of Dead Man? - iMediaEthics 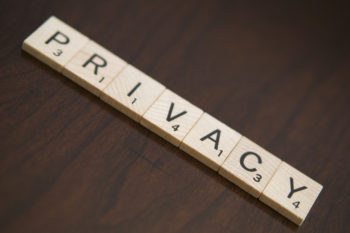 The Sun-Herald and the Sydney Morning Herald, two Australian newspapers, reported on a man’s death and his secretive life, including that he had HIV/AIDS. Given that the man had lived under an assumed name and birthday and tried to live off the grid, was the reporting by the newspapers invasive or offensive?

A reader complained to the Australian Press Council about the two newspapers’ January story, “The Secret Life of Gary Low.” The council examined the matter, only to find neither newspaper ran afoul of guidelines. The “only issue” the council was concerned with was his medical status, and found it was OK to report the private information of his HIV/AIDs for a few reasons.

“For years, possibly decades, he cultivated extreme privacy, and scrupulously avoided his most basic details being recorded by government departments, agencies or businesses,” the newspapers reported about Low.

The article included a photo of Low and some of the information that was known about him, noting that the police still don’t know much about him or who he was, and that no one has claimed his body from the morgue. According to the article, he had collapsed, was taken to the hospital where he was diagnosed with advanced pneumonia and that he had told doctors he didn’t know he had HIV, which by then had become AIDS.

“Journalists and news organizations should really treat HIV/AIDS like most other chronic medical conditions, but with slightly more care,” Seaman told iMediaEthics by e-mail. “I think we do a lot of disservice to people when we treat certain subjects as inherently taboo, shameful or off limits. Obviously there is more stigma attached to HIV/AIDS than many other conditions, but journalists should not shy away from talking frankly about the subject when it’s appropriate and with the source’s permission.”

Of course, Seaman noted HIV/AIDS information should only be published if it’s relevant.”For example, a story about people seeking life insurance may mention – with the source’s permission – their HIV status if it’s keeping them from being covered by a policy – or something similar,” Seaman wrote. “I think a good journalist knows when information is or is not relevant.”

iMediaEthics didn’t find much online about guidelines for reporting on HIV/AIDS. Seaman suggested:

“As for actual policies, I think journalists and news organizations can find a lot of answers in SPJ’s Code of Ethics – even when it doesn’t explicitly address a specific subject. Other than the SPJ code, I think the Association of Health Care Journalists offers good tips and guidance to covering health issues. Those can be found here: http://healthjournalism.org/secondarypage-details.php?id=56“

The Australian newspapers told the press council that the sensitive information came from “publicly available court documentation” from a coroner’s investigation into Low’s death, and that there were no orders against reporting on his health status. The papers further told the council that its “senior editorial staff” reviewed the matter of whether to disclose the HIV/AIDS status and found it “integral” to Low’s life and important because it was a “sensitively told account” of his “diagnosable, treatable condition.”

The press council explained the three main reasons why it wouldn’t be invasive to report on Low’s HIV/AIDS.

“In this case the Council considers there was no reasonable expectation of privacy particularly because (a) Mr Low is deceased; (b) the facts were stated in open court and recorded in official and accessible court reports; and (c) no suppression or redaction order was sought by the relevant hospital and health authorities or made by the Court. Further, in this case, had the publication failed to take reasonable steps to avoid intruding on a reasonable expectation of privacy, the reporting was sufficiently in the public interest to outweigh such an intrusion, given the significance and public policy implications of the story.”

In addition, the council commented that the article was “sensitively written and sympathetic to Mr. Low, did not use any stigmatising or discriminatory language, and is considered unlikely to dissuade anyone from seeking medical advice in appropriate circumstances.”