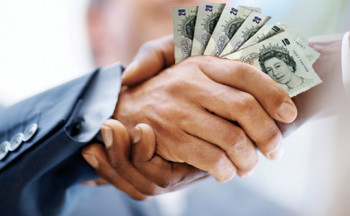 Sun editor Duncan Larcombe, whose beat is the royal family, is on trial in the UK, accused of paying a soldier John Hardy for stories about Prince William and Prince Harry.

“In my own view, I don’t think I have done anything wrong and I still have to be convinced why I’m sitting here,” he is quoted by the Press Gazette.

The formal charge against Larcombe, Hardy and Hardy’s wife is conspiring to commit misconduct in public office between 2006 and 2008.

In total, 24 of Larcombe’s 2,000+ stories for the Sun are in question, Larcombe said, according to the Press Gazette.

He argued the stories were in the public interest and reported that the stories reported Prince William didn’t get special treatment at the academy.

“When I was arrested … one of the things I found particularly upsetting was an accusation that I was in some way knowingly corrupting a soldier. I took that really hard,” Larcombe said during the trial the Guardian reported.

He said he “did not come into journalism to become a criminal” and didn’t think it is actions were illegal.  Further, Larombe claimed if he knew he was breaking the law he would have asked superiors.

“If I had any guidance that paying Mr Hardy in that context, it may have been illegal …maybe in the public interest defence. I know I would have raised that with my line manager, my line manager would have referred it to the lawyers,” Larcombe said.

Hardy, a Colour Sargaent at the Royal Military Training Academy at Sandhurst where the princes attended, is also on trial and is accused of getting  £23,700 in 34 payments about the royals, according to the Guardian.

Hardy’s wife Claire Hardy was also charged as she received some of the payments from the paper for her husband.

“The going rate for a story was £750 but most of the payments were for £500,” Larcombe was quoted by local news site  Get Surrey as saying.

Hardy came to the Sun to swap stories for payment, Larcombe said. But he didn’t give a ton of stories about the princes, Larcombe added.

“I was frankly, a little surprised at how little he gave me,” Larcombe said of Hardy given his access to the princes.