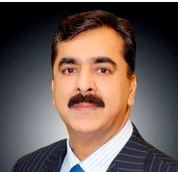 “The media can clear the wrong perceptions and supplement the government’s efforts in creating a better image of the country,” he is quoted as saying.  Further, he called on journalists to follow a uniform set of ethics standards and claimed that the “government has shown exceptional respect for media freedom, in plurality of views.”

However, Reporters without Borders’ 2010 press freedom index lists Pakistan as 151 of 178 countries.