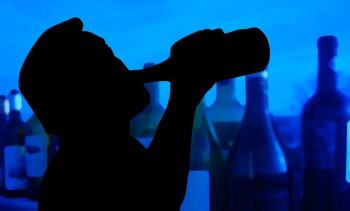 The online and print story, from Sept. 2013, reported Gascoigne “blew a whopping  £4,000 on football bets during a two-day bender as his drunken antics continue to spiral out of control.” The accusations were based entirely on anonymous sources, iMediaEthics notes.

Gascoigne is suing for invasion of privacy but also said the story was “false,” The Press Gazette reported.  The lawsuit did confirm that Gascoigne has “chronic” and “life-threatening” alcoholism, but said that the article was just gossip.

Gascoigne seemingly confirmed that he was at the betting shop as reported, as the lawsuit said he was “extremely embarrassed by the events in the betting shop,” but indicated he thought the story “falsely implies that [he] has an additional addiction” along with alcoholism.

Further Gascoigne argued that the story was gossip and sensational. “The article made no contribution to any debate of general interest to society. The information published in a wholly sensationalist manner,” the lawsuit said, according to Press Gazette.

The story, “EXCLUSIVE: Gazza blows £4k on bets during two-day bender,” went on to claim Gascoigne was kicked out of the shop, with its anonymous sources claiming he was “beyond help” and drunkenly dropping cash on the floor.

Further, the Star said Gazza “was rushed to rehab in America in February after famous pals lined up to fund his £100,000 stay including DJ Chris Evans, footballers Wayne Rooney and Jack Wilshere and Daily Star Sunday owner Richard Desmond” but has since been “in a string of drunken incidents.”

Gascoigne is no stranger to media lawsuits, iMediaEthics notes.

He settled a phone hacking lawsuit with News International in 2012.

In 2011, he sued the UK Sun for reporting on the clinic where he would seek rehab and for claiming he “groped a woman in a chemist’s shop,” Digital Spy added.

Last year, Gascoigne won a privacy settlement from the Daily Star and Express regarding the paper’s publication of video footage of him “in a drunken and incoherent state,” while Gascoigne was “suffering serious problems because of a relapse into alcoholism,”  the Press Gazette noted.

iMediaEthics has written to both the Star and Gascoigne’s lawyer for comment and more information.