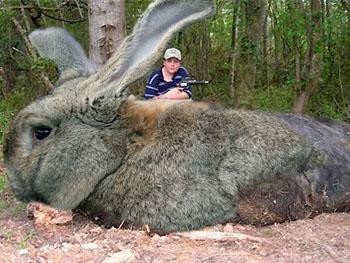 I’d like to extend my apologies to all of our readers who in the last two days attempted to read our story, “Hog Washed!” and were met with an error message.

We were caught off guard by the huge interest in this story.

Until last night, we were hamstrung by a surge of hits that shut down our servers. We publish NASA’s Astrobiology Magazine, which gets millions of hits each month—especially during a NASA event.  We never thought this story would garner the heavy attention it did.

I’d also like to thank all of you who took the time to comment on our online forum. We are committed to a more inclusive and transparent model of journalism, which acknowledges that truth evolves. We believe that thoughtful commentary from readers is a way to develop more comprehensive and robust stories.

In the comments section, many of you mentioned that the boy appears to be leaning on his own knee. Point taken. We also noted this. However, this is only seen upon a second, closer look. It’s the ambiguity of the boy’s position relative to the pig among a small set of pictures that most concerned us–and that makes these photographs unreliable evidence by which to judge the size of the pig.

Several comments mentioned that the barrel of the gun is useful as a reference. We still have not determined exactly which gun was used or its size and have contacted Smith and Wesson directly. We are awaiting their reply and will publish the results of a measurement analysis in Part II, “In a Pig’s Eye,” early next week.

Most poignantly, I think, several suggested that we were a little heavy handed in our analysis and would be better off devoting our limited resources to examining stories with more social relevance. “Start debunking the government and the war, the stuff your readers really want to know,” said a reader named Mauikimmer. While we agree with this sentiment, we do not believe that profound insights are limited to the “big stories” of our times. (And who, after all, determines what the big stories are? I’m not trying to be coy. Though the war in Iraq and the Darfur genocide rage on, the monster pig story has been among top emailed stories on the websites of several major daily papers for nearly a week straight .) We, therefore, believe that much can be learned about the state of journalism, and our society, from human-interest “curiosities” like this one.

With that said, it was not our intention to shame or humiliate this young man, Jamison Stone.

As in all controversies, each side has its own version of events. Since no physical evidence remains by which to evaluate the size of the pig—with the exception of what appears to be the pig’s skull and some fur and skin—we are left with the secondary data: photographs, eyewitness testimony and the musings of outside experts.

And since there were gaping holes and inconsistencies in the photo evidence and eyewitness testimony, we concluded that the size of the pig was exaggerated.

It must also be said that Rhonda Shearer, our publisher and director of ASRL who reported this story, appealed to the Stones before our report ran (and before their appearances on several national television programs) to talk openly about the case. She was very clear about the intent of her inquiries and asked for more evidence by which to evaluate their claim. Mr. Stone told her that other photos at the scene had been destroyed because they were “unflattering” to him. We tracked these photos down a day later on the internet.

But the piece of this story that most interests us is this: What was it about this particular tall tale that was irresistible to the likes of the AP, New York Post and Fox News (among hundreds of other news outlets)?

That question will be at the heart of our remaining research. We can say this much with confidence: This story exemplifies the slipshod verification standards being used by respected media outlets–and their willingness to publish bad information, regardless of potential harm, if it is guaranteed to cause a stir.

A quick scan of the headlines shows that in less than a week this David and Goliath story has morphed into a morality play, filled with political tirades and southern-fried stereotypes.

Yesterday, for example, The Associated Press picked up a Humane Society report suggesting that the hunt may have violated Alabama fair chase laws. The Humane Society’s argument is that the hunt was not legal because the pig had no chance to evade the hunters. ABC News reported that People for the Ethical Treatment of Animals, or PETA, had bestowed Mike Stone with the “Worst Father in the Nation” award for “not only teaching his son how to kill but also doing further harm by showing him how to make animals suffer.” (Another PETA press release delivered a kill shot to the 11-year-old’s reputation when it compared Stone’s violence against animals to that of Jeffrey Dahmer, Eric Harris and Dylan Klebold. “Research,” said the report, “shows that people who get away with violent acts toward animals . . . usually don’t stop there. Sociopathic criminals who hurt and kill people almost invariably abuse animals first.”)

The story was even used as a setup for a couple of snide editorial jokes. On the front page of last Saturday’s New York Post, the image of the monster pig was printed above a portrait of Yankees owner George Steinbrenner looking (for lack of a better word) “piggish,” his lips pursed as if ready to say “oink.” On page 3, where the story ran, the picture was set beside another unflattering portrait—this one of Rosie O’Donnell. A mere coincidence? I think not.

News has become a game—an intellectual exercise and cold business transaction intended to drive readership with little regard for the welfare of its subjects (even when those subjects are children). Under this model, everyone loses. Especially, in this case, young Jamison Stone. The internet is quickly becoming that storehouse of data that we’ve long been hearing about—a permanent record—where the past is a couple mouse clicks away. How will he cope, say, five or ten years down the line with the mass of information—much of it virulently negative—accumulating about him in cyberspace?

Does Jamison Stone deserve to suffer inordinately and indefinitely for exaggerating the size of his quarry—a practice hunters have engaged in for centuries? Certainly not.

But neither does the public deserve to be hoodwinked—or hogtied—by a story that rightly should have been killed by a careful glance of a photo editor and a couple of phone calls from fact checkers.

For that transgression we should all be asking questions.

We are demanding answers.