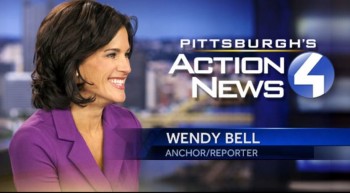 Pittsburgh ABC-affiliate WTAE fired news anchor Wendy Bell after she posted on Facebook that she thinks the two gunmen responsible for a backyard shooting that left several dead were black, which she later admitted was “insensitive and could be viewed as racist.”

After being fired, Bell told the Associated Press, according to USA Today, she didn’t get a “fair shake” from the station and added “What matters is what’s going on in America, and it is the death of black people in this country.”

Bell, who worked for WTAE for 18 years, posted March 21 on her WTAE Facebook page in response to a fatal mass shooting in Pittsburgh that “You needn’t be a criminal profiler to draw a mental sketch of the killers who broke so many hearts two weeks ago Wednesday.”

Bell wrote that “young black men, likely in their teens or in their early 20s” were likely the two shooters. She went on, “They have multiple siblings from multiple fathers and their mothers work multiple jobs. These boys have been in the system before. They’ve grown up here. They know the police. They’ve been arrested.”

She edited the post with an apology, and then deleted it, Trib Live reported. When iMediaEthics went to Bell’s WTAE Facebook page March 30, Facebook said the page was not available.

“The station gm Charles Wolfertz went on air shortly after the public became news and apologized to viewers,” Ad Week‘s TV Spy reported. That March 24 apology, posted on Facebook, said in part, “Wendy Bell posted a message on her Facebook page that offended many of our viewers. Her post offended us.”

We at WTAE would like to apologize for the actions of one of our anchors earlier this week. Wendy Bell posted a…