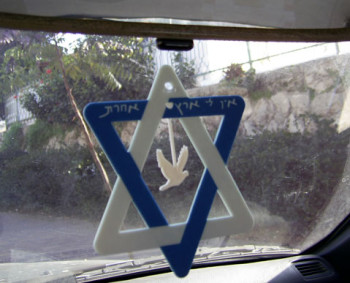 Interestingly, Corbyn, the leader of the UK Labour Party, wasn’t the one to complain, but instead Northern Ireland politician Ivan Lewis, who the Telegraph said called Corbyn an anti-Semite.

The Telegraph‘s story was headlined “Labour grandees round on ‘anti-Semite’ Corbyn.” As evidence, the Telegraph pointed to Lewis’s article in the New Statesmen in which he said “Some of [Mr Corbyn’s] stated political views are a cause for serious concern. At the very least he has shown poor judgment in expressing support for and failing to speak out against people who have engaged in…anti-Semitic rhetoric. It saddens me to have to say to some on the left of British politics that anti-racism means zero tolerance of anti-Semitism, no ifs, and no buts”.

Lewis “said that the article was inaccurate; he had not accused Mr Corbyn of anti-Semitism,” IPSO reported. “He considered that the newspaper had misrepresented the article he had written for the other publication.”

The Telegraph stood by its report, arguing that its headline was accurate in the context of the article and that Lewis was experienced with the media, but it did say it would post a clarification on its article reading:

“An article of 15 August said that Ivan Lewis had accused Jeremy Corbyn of being ‘anti-Semitic’. In fact, Mr Lewis said that Mr Corbyn had “shown very poor judgment in expressing support for and failing to speak out against people who have engaged… in anti-Semitic rhetoric”. We are happy to make this clear.”

IPSO said that wasn’t a clear and strong enough statement and that the Telegraph had to post in print on page 2 and online that it was wrong.

IPSO ruled that it’s fine for newspapers to interpret comments for its reports but it was misleading and inaccurate to indicate that Lewis called Corbyn an anti-Semite.

The Telegraph article in question now carries a new correction and the headline: “Jeremy Corbyn accused of showing ‘poor judgment’ as Labour grandees round on hard Left leadership frontrunner.” The correction reads:

“CORRECTION: This article originally stated that Ivan Lewis had accused Jeremy Corbyn of being ‘anti-Semitic’, and had attacked his ‘anti-Semitic rhetoric’. In fact, Mr Lewis did not directly accuse Mr Corbyn of being anti-Semitic. He said that Mr Corbyn had ‘shown very poor judgment in expressing support for and failing to speak out against people who have engaged… in anti-Semitic rhetoric’. This correction has been published following a ruling by the Independent Press Standards Organisation.”

In a statement on Twitter, Lewis said he was “pleased” by the IPSO ruling.

Pleased @Dailytelegraph has corrected misleading story claiming I had accused @jeremycorbyn of being anti-Semitic http://t.co/goDzIXTbbl

iMediaEthics has written to Lewis and the Telegraph for comment.