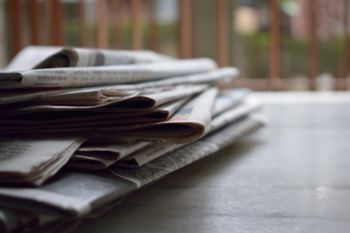 You can’t forget your past? The Plymouth Herald, a newspaper in Plymouth, England, published a story about a local strip club that was going to be open on Christmas day. Along with its story, the newspaper published a photograph from 2005 of a woman “posing with a dancing pole wearing a performance outfit.”

The woman pictured, however, complained to the UK press regulator the Independent Press Standards Organisation that publishing the 2005 photo again was an invasion of privacy. The woman, who wasn’t named by IPSO in its report on her complaint, explained to IPSO that she was 18 or 19 years old when the photo was taken and she no longer works there.

Even though the photo was from 2005, the Herald was not guilty of an invasion of privacy because the woman had consented to being photographed and named back in 2005, IPSO ruled. The Herald defended its photo publication, arguing past employment isn’t necessarily private information. That said, the newspaper took the photo down “as a gesture of goodwill. “The newspaper said it understood that when one is young, one can make choices which are later regretted,” IPSO reported.

One key issue the Herald flagged in responding to the complaint is that a news outlet can’t be required to consider whether something previously “willingly placed in the public domain” is no longer fair game, IPSO reported.

While IPSO, like the Herald, said it understood the woman didn’t want to be linked to her past employment, IPSO explained that “a person’s previous employment as an adult does not ordinarily constitute part of their private life.”  IPSO also noted that the Herald hadn’t indicated that the photo was current, but in fact, flagged that it was an archive photo.

iMediaEthics has written to the Herald for more information.