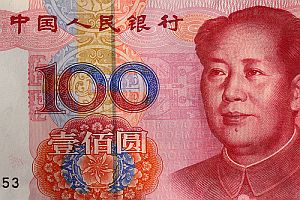 ANONYMOUS SOURCES RULED CHINA EXPORT COVERAGE: BusinessWeek wrote an article based on Reuters' anonymously sourced article. Not identifying sources keeps the public in the dark and unable to verify if the information is worthwhile. In this case, the articles had an effect on the stock market.(Credit: East Asia Forum)

A June 9 BusinessWeek article featured a particularly troubling use of an anonymous source. What’s worse, the report was based on an article featuring almost all anonymously sourced information.

The BusinessWeek article didn’t even bother to clearly cite which Reuters article it was based on.  Likely, it is sourcing this June 9 story, which leads in with anonymous sources describing the growth of Chinese exports as “a figure that blew past expectations and fueled a rise in stock markets globally.” (StinkyJournalism is writing editors to ask).

While that Reuters article does attribute some information and a quote to Beijing economist Huang Lin, it sources information to “a senior government official” …who “told an investors’ conference on Wednesday that was closed to media, according to the sources present at the meeting.”

Not until about halfway down the story does Reuters explain that one of the anonymous sources was “speaking on the condition of anonymity because of the sensitivity of publicly discussing data before it is officially released.”

Money Morning reported June 9 that the official numbers, which Reuters referenced, would be released June 10.  Money Morning also reported that “Chinese economic figures are often leaked widely in markets and government circles ahead of their official release, and are sometimes subject to last-minute revisions.”

This means Reuters could have waited a day to have the official information with attribution, but instead used anonymous sources to report something ,which could have been revised at the 11th hour?  Is this another case of trying to beat the news cycle?

Clearly, the information in the Reuters and BusinessWeek reports had value, as they affected the Canadian stock market.  What if Reuters was wrong? Earlier in March, many questioned China’s honesty about the valuation of it’s currency. Australian economist, Peter Drysdale wrote in an editorial : “Over the horizon, a storm in US-China relations is gathering around the question of whether China is deliberately undervaluing its currency, the renminbi, against the US dollar, giving it an unfair competitive edge in US markets and causing high levels of American unemployment and current account surpluses.”

New York Times economist and Nobel-winning columnist, Paul Krugman, also publicly expressed doubt about China’s economic numbers. Therefore, the danger of potentially being used by an anonymous source for economic and political manipulations must not be forgotten in these sensitive matters.
.
The SPJ code of ethics advises to “identify sources whenever feasible. The public is entitled to as much information as possible on sources’ reliability.”

Reuters is listed as having used the third most anonymous sources in news articles since Feb. 10, with 1,525 anonymously sourced articles. On June 9, The Ink-Stained Wretch picked up 16 articles by Reuters with anonymous sources, including the article on China’s exports.

UPDATE: 06/14/2010 11:04 AM EST: BusinessWeek writer Matt Walcoff verified via e-mail that he based his article on the Reuters article cited above.