Couric’s Feb. 5 tweet at 11:44 AM read: “As many of you have already heard mubarak has resigned.”

Just four minutes later, Couric stepped back from her report that Mubarak resigned.  Her tweet at 11:48 AM read: “U guys are right…only as party head for now, but seems stripped of power. I am finding out exactly what that means and will tweet asap.”

Couric also tweeted later that: “Situation is still confusing. Trying to sort it out!” and that:  “His son (AP) has resigned but this latest move by prez paving the way for group of “wise men”(opp leaders) and vp to take over”

However, Mubarak didn’t resign as head of the party, the National Democratic Party, the New York Times reported at 4:20 PM that day.  Acknowledging the rumors and misreporting, the Times explained, “It was still unclear how the report had emerged, whether due to a mistranslation, a rush to be competitive, misdirection by the government, a simple mistake, and/or all of the above.”

Mubarak’s son, Gamal Mubarak, did resign from the National Democratic Party’s leadership, though, Reuters  and the Daily News reported.

The Daily News explained that the inaccurate news that Hosni Mubarak resigned apparently came from Al Arabiya television. “Reuters relayed the resignation story, which was later retracted by the Arabic-language news channel,” according to the Daily News.

In an uncorrected Feb. 5 news alert from Reuters (see above), “President Hosni Mubarak resigned as head of Egypt’s ruling party on Saturday,” television said. That information was re-reported by Digital Journal, which reported, “According to Reuters, through Press TV, rumors have surfaced that Mubarak has finally made the decision to resign. Millions of protestors have begun to celebrate near the Liberation Square in the nation’s capital.”

The UK Daily Mail commented on the inaccurate tweeting: “The story was picked up by Reuters and tweeted by Couric.When the dust settled the TV station retracted its report, but not before she had got herself into an almighty fix.”

The Atlantic’s Daily Dish compiled a series of news updates on the situation in Egypt.  According to the Daily Dish:

“The Associated Press is quoting state television saying that he has resigned, and Reuters has sent out a news alert. But an Al Jazeera reporter, Alan Fisher, reports on Twitter that the station has been unable to get official confirmation (even though the anchor has been announcing the resignation for the last hour), and the Al Jazeera scroll now only speaks of Gamal Mubarak’s resignation, not his father’s. It seems that the source of the information may not be state television at all, but Al Arabiya, a private pan-Arab television station.” 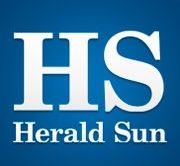