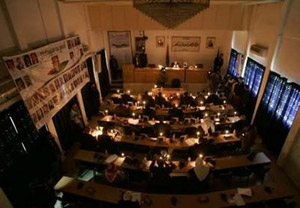 “But look at the sunlight shining through the windows on the right. A careful observer sees no candle power is needed. The power outage in this image is cured by opening the curtains.”