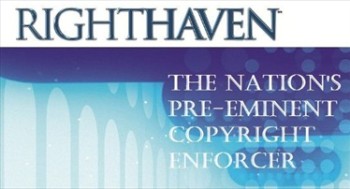 Righthaven admitted to the court that re-publishing “a short excerpt of a news article in an online forum is not copyright infringement,” despite the company’s  lawsuits to the contrary, the Electronic Frontier Foundation reported.

As StinkyJournalism has written, Righthaven is the company that since early 2010 has filed lawsuits alleging copyright infringement on behalf of the Las Vegas Review-Journal.  In late 2010, the company started suing on behalf of the Denver Post‘s content, but in September 2010, the newspaper announced it was ending its contract with the company.

In the months since, Righthaven has seen a series of bad news: In September, the company announced it might have to file for bankruptcy.  And, in October, a U.S. district judge called for Righthaven’s assets to be seized.

According to Vegas Inc, Righthaven has filed 275 lawsuits alleging copyright infringement in the past twenty months.  “On the standing issue, six judges have ruled Righthaven — despite its ownership claims — didn’t actually control the copyrights it obtained from the newspapers for lawsuit purposes,” Vegas Inc reported.

This most recent admission on fair use is the result of Righthaven’s lawsuit over a “five-sentence excerpt” of and link to one of its stories published on the website Democratic Underground, an online forum. The EFF noted that it “represented” the website and “counter-sued” Righthaven and Stephens Media (which owns the Review-Journal and “backs” Righthaven) on the basis that the Democratic Underground published excerpt exhibited fair use.

According to the EFF:

“The Court dismissed Righthaven’s infringement case because it did not own the article, but Democratic Underground’s counterclaim against Stephens Media continued. After initially attempting to defend the bogus assertion of copyright infringement, Stephens Media has now conceded it was incorrect.”

The EFF argued that the whole situation — a year-plus in court — could have been avoided.  “Stephens Media never should have authorized Righthaven to file this suit in the first place, and should never have wasted our client’s and the court’s time with its attempts to keep Righthaven’s frivolous claim alive for the last year,” EFF’s Senior Staff attorney Kurt Opsahl is quoted as saying.

Vegas Inc called the lawsuit “disastrous” on Righthaven’s part.  Further, Vegas Inc noted that judges in previous Righthaven cases have ruled bloggers can post even an entire Review-Journal article without violating copyright law.  However, MediaPost reported that Righthaven is trying to appeal that ruling.

StinkyJournalism is writing to Righthaven for comment and will update with any response.