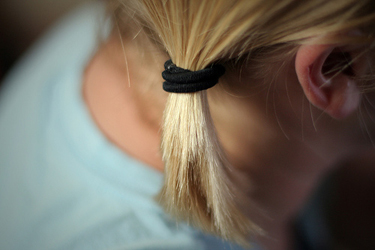 We’ve written before about disappointing science journalism that endangers health, or sticks too closely to press releases, or creates a false balance, or sensationalizes.

But even in these stories, we expect that the reporter at least represented the basic research itself. Not so for a recent psychology story in Britain’s Sunday Times, “Blonde women born to be warrior princesses,” which went beyond spinning the science, to actually reporting the exact opposite of the research by Dr. Aaron Sell.

Ryan Sage, True/Slant writes that he was preparing to write a post about the Times article when he realized he couldn’t find the science it was supposedly based on:

I fired off an email to the supposed study’s author. And I received this in reply, from a ticked off Aaron Sell: “I’m afraid you, and thousands of others for that matter, have been badly misinformed.  I have never done any research that shows blondes are more aggressive, entitled, angry or ‘warlike’ than brunette or redheads.” That’s right: The study doesn’t exist.

Yet the Times piece asserts “Women with fair hair are more aggressive and determined to get their own way than brunettes or redheads, according to a study by the University of California,” and attributes several quotes about the study, and blonde aggression, to Dr. Sell:

“We expected blondes to feel more entitled than other young women — this is southern California, the natural habitat of the privileged blonde,” said Aaron Sell

Sell suspects that blondes exist in a “bubble” where they have been treated better than other people for so long they do not realise that men, in particular, are more deferential towards them than other women. “They may not even realise they are treated like a princess,” Sell said.

See for yourself. Sell’s study, “Formidability and the logic of human anger,” [PDF] contains “nothing about blondes versus those of other hair colors,” according to Sage and Sell himself.

In a letter to the Times, published on his academic website, Sell says the Times reporter fabricated his quotes. “This article consists almost entirely of empirical claims and quotes about blonde women that Mr. Harlow fabricated, and then attributed to me.  Please take the article offline immediately.  Once your investigation is completed, please issue a retraction,” he writes. However, as of Monday January 25, the Sunday Times piece remains uncorrected.