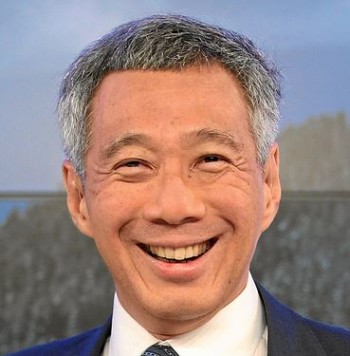 The prime minister sued Ngerng earlier this year after Ngerng blogged May 15 that the prime minister “had misappropriated public money from the Central Provident Fund [CPF], a state-run pension system,” as iMediaEthics wrote at the time.

“I am disappointed as I have never intended to defame the prime minister,” Ngerng told iMediaEthics after the ruling was made. “I will still continue to speak up on the CPF and other issues that concern Singaporeans. There needs to be transparency and accountability on the CPF, so that Singaporeans’ lives are protected and our elderly can retire with dignity. This was what I ever stood for.”

Ngerng, who said he blogs part time about his personal interests, apologized eight days after his post and apologized for publishing the “false and completely without foundation” claim.

In addition to the apology and to unpublishing the piece, Ngerng offered a 5,000 Singapore dollars (almost $4,000) payment as a settlement, but the prime minister Lee’s lawyer Davinder Singh rejected it. Ngerng started crowd-funding for money to pay his legal bills. He told iMediaEthics by e-mail Nov. 7 that he has raised about $112,000.

According to the judgment, which Ngerng sent to iMediaEthics, Lee’s lawyers called on May 18 for Ngerng to unpublish the article, unpublish links from his social media pages to the article, to apologize in three days, pay damages and “agree to indemnify the plaintiff in respect of the costs and expenses, which he would have incurred in connection with the matter.”

After receiving an extension from Lee, Ngnerg did publish the apology and offered the $5,000 Singapore.

The High Court judge, Lee Seiu Kin, ruled that Ngerng’s post’s claims “convey the natural and ordinary meaning that the plaintiff, the Prime Minister of Singapore and the Chairman of GIC, is guilty of criminal misappropriation of the monies paid by Singaporeans to the CPF. There is no doubt that it is defamatory,” the judge continued.

Ngerng defended his post saying that in context the whole blogpost isn’t defamatory of Lee. However, the judge said that argument is “wholly untenable” because as a whole it still suggests Lee is guilty.

“I do not agree with the defendant that reading the Article as a whole would make a difference to the natural and ordinary meaning of the Disputed Words and Images,” the judge wrote. “There is simply no antidote to the bane contained in the Article.”

Lee also wanted an injunction to keep Ngerng from re-posting the claims. The judge agreed because he said not only did Ngerng point media outlets to republications of his claims but also because Ngerng stands by his claims and apologized because of the lawsuit.

Therefore the judge wrote that Ngerng should “be restrained from publishing or disseminating the allegation that the plaintiff is guilty of criminal misappropriation of the monies paid by Singaporeans to the CPF, or any words and/or images to the same effect.”

When asked for details about the injunction and what he is prohibited from writing, Ngerng told iMediaEthics “I understand that I would not be able to speak about issues with the same effect as the case but I will still be able to comment about the CPF system.”

Damages haven’t been decided. “There will be another trial to decide this,” Ngerng told iMediaEthics by e-mail. His lawyer is still reviewing “the next course of action” and the libel verdict can be appealed, he said.

iMediaEthics has contacted the prime minister’s lawyer for comment.