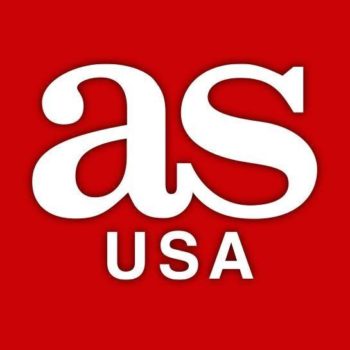 The owner of professional soccer team Real Madrid was upset when he read in Spanish soccer newspaper AS the suggestion that his team’s player decisions were made because of possible business deals his construction company could get.

In a 2014 interview with Spanish soccer newspaper AS, economist Jose Maria Gay de Liebana linked Real Madrid’s financial decisions to Grupo ACS, a construction company led by team president Florentino Perez. In that interview, Gay de Liebana specifically cited three cases where Real Madrid made player deals and then there was a possibility for construction jobs — James Rodriguez from Colombia, Javier Hernández (nicknamed Chicharito) of Mexico, and Keylor Navas of Costa Rica. According to a Google Translate of the article:

“James signed and ACS won a contract for a major work for which they’ll bill 696 million euros… Then we have the matter of Chicharito. The day his signing was announced we saw the model for the new airport in Mexico City: 9,000 million dollars looking for a construction company… And there’s also talk about major public works in Costa Rica, and Keylor Navas is in goals for Real Madrid.”

Gay de Liebana also said that from an economist’s perspective, Real Madrid’s real debt for Real Madrid was €602 million, whereas in 2014-2015, Real Madrid said it only had “net financial debt” of €95.8 million. “He sees it from the concept of what is financial debt, which is what you should be deducting what you owe,” Gay de Liebana said to AS, according to a Google Translate. “But of course, the debt is the payment obligation and therefore Madrid has to pay 602 million euros. For any economist, the gross debt of Madrid is 602 million.”

Perez then sued the newspaper and Gay de Liebana for libel. However, as ESPN reported, Perez’s lawsuit calling for €100,000 in damages was rejected by Madrid’s Provincial Court.

iMediaEthics has written to Gay de Liebana and both sides’ lawyers for more information about the case. We asked AS if it expects an appeal and if Perez has threatened suits over any of its other reporting.  We will update with any additional information.

According to ESPN, Judge Jose Ignacio Zarzuelo’s “ruling said the comments were allowed under Gay de Liebana’s right to free expression, adding that similar questioning of Madrid’s transfers and accounts had been voiced in many other Spanish media outlets.” Not only did the judge reject the libel lawsuit against the paper, Real Madrid and the construction company also have to pay the legal costs for AS and de Liebana. iMediaEthics has contacted Perez’s lawyer to ask if Perez has made legal threats against any other outlets that have published the claims.

The Spanish language ruling is here.

While ESPN just reported on the ruling this week, the ruling occurred Dec. 19. According to the AS news story on the matter, the court found the article didn’t defame Perez. AS did report this week that Perez hasn’t appealed the decision  to the Supreme Court.

Last year,  AS apologized for publishing a story claiming Barcelona soccer player Gerard Pique cut the Spain colors off of his jersey sleeves.