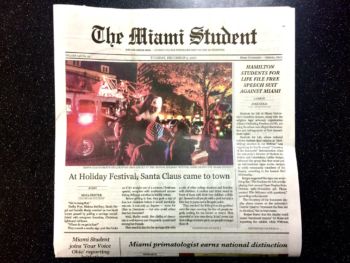 The Miami Student unpublished a letter to the editor after it learned the author of the letter is affiliated with an anti-LGBTQ organization and has previously submitted letters to other university newspapers. The letter to the editor was headlined, “Liberalism in the Classroom More Dangerous than Conservatism.”

The Miami Student is the student newspaper for Miami University, in Ohio.  “Though the column itself did not express anti-LGBTQ views, its author is publicly associated with those views through the organization Heterosexuals Organized for a Moral Environment, which is recognized as a hate group by the Southern Poverty Law Center,” the Miami Student’s editorial board wrote.

“The Miami Student learned of the writer’s affiliations after some members of the Miami community, in particular the university’s Women*s Center, expressed concern on social media. Though it is our policy to do so, editors had neglected to research the author and were not aware of his affiliation when it was printed,” the Miami Student’s editor-in-chief Emily Williams told iMediaEthics by e-mail. The paper received two student complaints about the letter publication, she added.

iMediaEthics wrote to the letter’s writer, Wayne Lela, who is the founder of Heterosexuals Organized for a Moral Environment to ask why he submitted to the Miami Student. Lela said he was prompted to submit a letter after seeing a story about the university. “I like to contribute my ‘two cents’ if I have the time,” he wrote, noting he has previously submitted letters to the editor to other student newspapers.

Lela said he “didn’t know the Miami Student published my letter until I got your email,” but called the unpublishing “typical intolerance and censorship by the ‘politically correct.'” 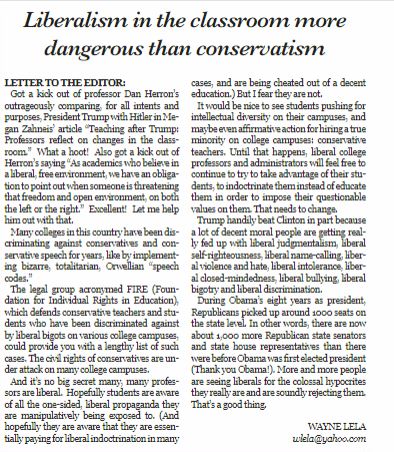 Moving forward, the Miami Student indicated it will vet letter writers better. “As a student newspaper, every mistake is a learning opportunity,” the paper wrote. “This error has raised our consciousness to the importance of thoroughly vetting authors of letters to the editor, in every instance. Had we researched and realized the author’s affiliation, the letter would not have been published. While we welcome a diversity of opinions, we do not condone giving a platform to individuals associated with this type of intolerance.”

Williams, the paper’s editor-in-chief told iMediaEthics by e-mail, “Anyone can submit a letter to the editor to The Miami Student through our website (miamistudent.net/submit). We typically only receive letters from students, faculty members and staff with the occasional letter from a an Oxford [Ohio] community member or alumnus.”

“However, it is our policy that we can and do print letters to the editor from readers who are not affiliated with the university,” she added. “These are rare, though.” Williams said the Miami Student’s two opinion editors decide which letters to publish. 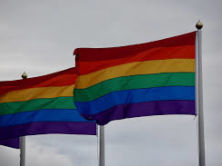