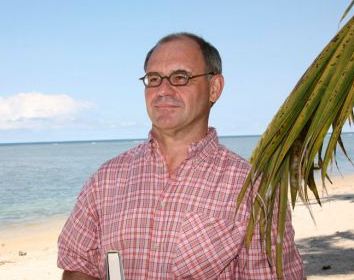 Rudolph Elmer, pictured above on his website, intends to give WikiLeaks information on 2,000 individuals and corporations today. (Credit: Elmer Consulting)

Rudolph Elmer reportedly is turning over “The offshore bank account details of 2,000 ‘high net worth individuals’ and corporations – detailing massive potential tax evasion” today to WikiLeaks, according to the UK Observer. Among the 2,000 people are allegedly both “British and American individuals and companies,” and about 40 politicians.

Elmer is scheduled to give the information on CDs tomorrow at the UK journalists group Frontline Club, which hosted Assange before he turned himself in to authorities in December. Previously, he reportedly gave WikiLeaks the names of 15 clients back in 2008, but WikiLeaks hasn’t published that information yet.

Elmer is set to go to trial in Switzerland Tuesday. He is “a former chief operating officer in the Cayman Islands and employee of the powerful Julius Baer bank, which accuses him of stealing the information.”

Deutsche Welle reported that Elmer was fired in 2002. Charges against him include violation of Swiss bank secrecy laws, document forgery and “sending threatening messages to two officials at Julius Baer.” MSNBC noted that “if convicted,” Elmer “could be sentenced to up to three years in prison and a fine.”

The purpose for the leak is “to educate society,” according to Elmer.

“What I am objecting to is not one particular bank, but a system of structures,” he is quoted as saying. “I have worked for major banks other than Julius Baer, and the one thing on which I am absolutely clear is that the banks know, and the big boys know, that money is being secreted away for tax-evasion purposes, and other things such as money-laundering – although these cases involve tax evasion.”

“I agree with privacy in banking for the person in the street, and legitimate activity, but in these instances privacy is being abused so that big people can get big banking organisations to service them. The normal, hard-working taxpayer is being abused also.

“Once you become part of senior management, and gain international experience, as I did, then you are part of the inner circle – and things become much clearer. You are part of the plot. You know what the real products and service are, and why they are so expensive. It should be no surprise that the main product is secrecy … Crimes are committed and lies spread in order to protect this secrecy.”

Jack Blum, Elmer’s attorney, explained that Elmer took his leak to WikiLeaks because he was unable to get a reaction from Swiss courts or banks.  Blum stated:

“My understanding is that my client’s attempts to get the banks to act over various complaints he made came to nothing internally. Neither would the Swiss courts act on his complaints. That’s why he went to WikiLeaks.””

In a statement, Julius Baer bank addressed the scheduled leak :

“The aim of [Elmer’s] activities was, and is, to discredit Julius Baer as well as clients in the eyes of the public. With this goal in mind, Mr Elmer spread baseless accusations and passed on unlawfully acquired, respectively retained, documents to the media, and later also to WikiLeaks.”

UPDATE: 1/17/2011 11:14 AM EST: The Sydney Morning Herald reported that Elmer has turned over the CDs to Julian Assange.

Regarding Elmer, Assange is quoted as saying:

“I am here today to support him.  He is going through a prosecution in Switzerland and he is a whistleblower.  He has more to say and give to the world to show asset-hiding, whether it be for tax evasion or to hide proceeds of criminal acts or to protect assets from people in nations who are about to fall out of political favour.

“There will be full revelation of names [by WikiLeaks] at a later date, assuming the data is correct and once we have had a look at it.”

Assange reportedly indicated that information from Elmer “could be released in the next few weeks.”