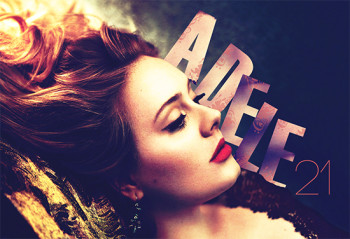 Fan art based on Adele's album cover. (Credit:AGHGraphics via DeviantArt)

A UK photo agency must pay Adele’s toddler son to settle a lawsuit and promised not to re-publish photos it took of the child.  Adele and her partner sued for invasion of privacy over the photos, according to the Guardian.

They had previously contacted the photographers, warning that they would take legal action over photos of the child.

“These images were of routine, everyday family occasions which the paparazzi has no right to intrude upon, profit from and file away in picture libraries for future reference and use,” Adele’s lawyer, Jenny Afia, said in court, according to the BBC.

Afia added that the couple didn’t seek publicity for the child or their private lives:

“It is a matter of profound sadness that many of his milestone moments, such as his first family outing and his first trip to playgroup, were photographed and published worldwide expressly against his family’s wishes. Adele and Simon never encourage such photos. Quite the opposite.”

When Adele announced her pregnancy in 2012, she requested fans “please respect our privacy.” She also didn’t tell reporters after his birth what his name is.

Afia said the settlement money, a “five-figure sum,” according to the Associated Press, is going to a trust for the boy.

iMediaEthics has written to Corbis and Afia for comment.