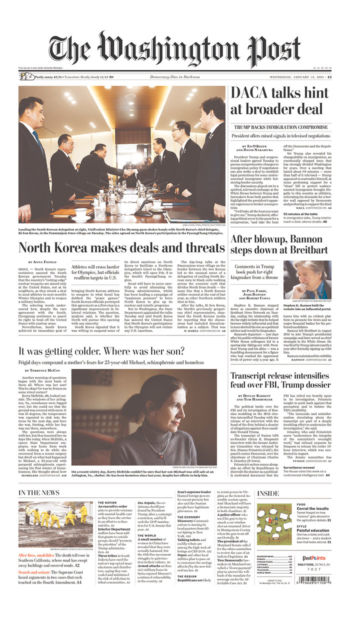 The Washington Post suspended reporter Joel Achenbach for ninety days without pay after an investigation into his  “inappropriate workplace conduct,” the Washington Post’s Paul Farhi reported today. Achenbach has been with the Post since 1990.

“We have investigated the allegations made against Joel, and based on the facts that The Post has gathered to date we have placed him on a 90-day disciplinary suspension for inappropriate workplace conduct. The Washington Post is committed to providing a safe and respectful work environment for all employees. We will continue to investigate any allegations that come to light and will take further action if necessary.”

In a statement to the Post’s Farhi, Achenbach apologized for his “unprofessional” behavior. Achenbach appears to have deleted his Twitter account.

Farhi noted that Achenbach “is the first Post journalist to be disciplined for misconduct of this kind” since investigations began the past few months.