Why Tony Robbins is suing BuzzFeed in Ireland - iMediaEthics 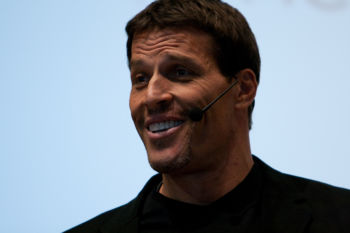 Self-help guru and writer Tony Robbins is suing BuzzFeed, claiming its reports on allegations of sexual assault and abuse against him were “a premeditated and malicious campaign.”

BuzzFeed has published a six-part series investigation into Robbins. Most recently, BuzzFeed published Nov. 22, “He Said, They Said,” which alleged Robbins sexually assaulted a 16-year-old when he was 25 in 1985. Robbins denied the claim. In that story, BuzzFeed reported that Robbins’ lawyers “demanded BuzzFeed News ‘terminate any further investigation of Mr. Robbins’ and threatened to sue for ‘significant damages,’ including in the United Kingdom or Ireland, where ‘the defamation law will be much more favorable.'”

In a post on Medium, Robbins alleged BuzzFeed‘s reporting was false and claimed two of BuzzFeed‘s sources denied being victims. Robbins further claimed “numerous people” said they were “harassed and pressured by BuzzFeed reporters.”

Interestingly, Robbins, who is American, is suing BuzzFeed in Ireland, not the U.S. Robbins’ attorney, Paul Tweed told iMediaEthics why.

“We are taking proceedings in Ireland as our client has an international reputation, his books are on sale in all the book shops, he has speaking events and the stories have been disseminated here,” he e-mailed iMediaEthics. “However, equally important, the main dissemination of the offending allegations has been via Twitter who, as you are probably aware, have their European headquarters in Dublin.  Accordingly, it makes sense that if there are to be two sets of proceedings, that both are held under the one jurisdictional roof so to speak.” Tweed noted that the BuzzFeed article was published by BuzzFeed UK.

“We learned that Tony Robbins has started legal proceedings against BuzzFeed in Ireland, following a series of reports on allegations of inappropriate sexual advances, verbal abuse and, most recently, an alleged sexual assault of a teen. This reporting is based on hundreds of interviews, audio recordings, and documentary evidence, and we stand by it unequivocally.

“Mr. Robbins has chosen to sue us abroad rather than address the detailed account of the woman who said he attacked her; the two women who say they saw it happen; and the accounts of dozens of others. The fact that he doesn’t even seek to address these claims, choosing instead to abuse the Irish court system and attack BuzzFeed, speaks for itself.”

Fox News published a copy of the “plenary summons” of Robbins’ lawsuit against BuzzFeed UK.