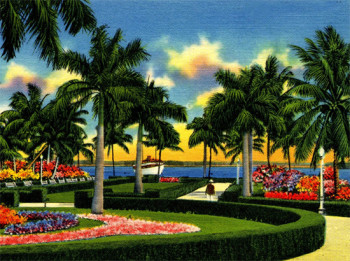 Canadian and American news outlets named the minor-aged son of a Canadian diplomat charged with two counts of felony murder.

So why didn’t the Toronto Star do the same? The newspaper’s public editor Kathy English reported.

The diplomat is Canada’s consul-general in Miami, Roxanne Dubé. Dubé’s 17-year-old son was killed and 15-year-old son was arrested and charged with murder, both in Miami. Police say they were participating in “an attempted drug rip-off” using their mother’s diplomatic car, the Star reported

The Star’s ethics policy and Canada’s Youth Criminal Justice Act bans identifying minors charged with crimes but since the death and arrest happened in Miami, the Star technically could report without getting in trouble.

“Newsroom lawyer Bert Bruser advised that the Canadian law prohibiting publishing any information identifying the young men did not apply here because the shootout occurred outside Canadian borders,” English reported. “So, the Star would not be breaking any laws in identifying the two young men.”

But, despite getting “the legal hurdle clear,” English explained the Star had to weigh whether it was fair and right to name the boys. Readers could easily find their names in other outlets in the U.S. and Canada and in interviews with the boys’ father, who identified his children to the media, English said.

The Associated Press, for one, decided to name the boys, Jean and Marc Wabafiyebazu, because of their mother’s work and because their names were already out in the media. “That elevated the story’s significance as an internationally important event,” AP standards editor Tom Kent told English, she said. “There would have been no way to write the story with a reference to the Canadian consul-general and the slain 17-year-old without providing enough clues for people to identify the 15-year-old.”

Two of the outlets — the CBC and the Globe and Mail — explained their reasonings.

“There was considerable discussion, among senior journalists and with the head of CBC’s Media Law group, before I made the call to use the name,” CBC News’ director for journalism standards and practices, David Studer, told iMediaEthics.

Studer said typically the CBC wouldn’t name the children or even the family to protect the identity of minors, under Canadian law. As such, he said the CBC had to either name everyone or no one. He wrote by e-mail:

“Normally, a situation like this is quite simple. Canadian law protects the names of alleged young offenders. And the “not naming” extends to family members whose names or other details would serve to identify the alleged young offender. The name itself is only part of the exclusion–it’s the identity of the person that’s being protected.

“So to name everyone but the 15-year-old, while reporting that he is the son of that family, seems to me to be having one’s cake while protecting very little. The question was whether we identified anyone and therefore everyone.”

CBC’s decision had three reasons: because the incident happened in the U.S. and out of Canadian jurisdiction and other outlets, because the boys’ father named the boys in media, and because the story was so newsworthy.  Studer wrote:

“Our discussions were taking place very early in the morning, but by then U.S. and Canadian media were–legally so, under the law in the jurisdiction where the shooting took place, which doesn’t offer “young offender” protection–naming both brothers and their mother. The father, Germano Wabafiyebazu, had already been naming the sons in interviews.

“Further, while having two young Canadians involved in a drug murder incident in Miami would have been a story of some size, what made it a significant story for us was the mother’s title. Giving the story appropriate play but not naming any of the family members would have been confusing to our readers, listeners, and viewers…especially so given that they would be coming across the names elsewhere.

“So our call was to publish all of the names.”

The Globe and Mail had similar reasoning.

“It was a very difficult and highly unusual situation,” The Globe and Mail’s public editor Sylvia Stead told iMediaEthics. “There was great public interest in this case given that their mother was a Canadian diplomat and they were also driving her car with diplomatic plates.

“Both sons had been named and visually identified widely on the US wires and by U.S. newspapers. The father publicly named both of the sons. Finally, there were U.S. charges involved and not Canadian,” she noted. “For those reasons the editors decided after a serious discussion that it was acceptable to name both.”

English acknowledged it was “somewhat coy” for the Star to not identify the 15-year-old, given how easy it would be for people to identify him through other media coverage and the newsworthy story. But the Star identified the 17-year-old brother who was killed.

“In the end, however futile it may seem to keep this youth’s name out of the Star, I’m glad the newsroom chose to stand behind the greater ethical principle at stake in regard to youth and criminal justice,” English wrote.

“The younger brother, who is not named because he is a minor, is facing two charges of felony murder,” the Star reported. “He turned 15 just a few weeks ago. Under Florida law, anyone who participates in a violent felony in which someone dies — in this case, armed robbery — can face a murder charge.”

iMediaEthics contacted the general consulate office. A spokesperson told iMediaEthics by e-mail: “Canadian officials are providing consular assistance to the family during this difficult time. To protect the private and personal information of the individuals concerned, further details on this case cannot be released.”