Why was Dave McKinney's political reporting removed from Chicago Sun-Times? 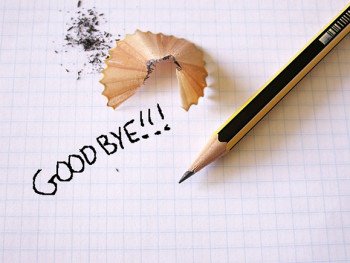 Political reporter Dave McKinney publicly quit the Chicago Sun-Times last week. On the way out the door, McKinney raised several ethical issues, the most glaring of which was the newspaper’s sudden decision to endorse the very candidate who had accused him of having a conflict of interest.

McKinney, Springfield bureau chief, had worked for the newspaper for nearly twenty years. Upon quitting, he released an open letter saying he was felt like he was penalized after the campaign for Republican gubernatorial candidate Bruce Rauner accused him of having a conflict of interest in reporting on negative news about the candidate, the Huffington Post reported.

McKinney’s wife, Ann Liston, works for Adelstein Liston, a political consulting firm in Illinois. Rauner’s campaign manager Chip Englander claimed to the Chicago Tribune that McKinney “had an extraordinary conflict of interest — married to a Democrat operative with deep connections to the group attacking Bruce Rauner.” Englander said he wanted the Sun-Times to disclose what he called a conflict of interest but they didn’t.

McKinney says that after the newspaper published his article about an old lawsuit against Rauner, he was put on leave and asked to switch reporting beats — even though the newspaper previously had cleared him of any conflict of interest — until he contacted a former prosecutor for help. Then, he said, he was reinstated.

In addition, The Sun-Times’s reversal of its almost three-year-ban on giving political endorsements raises questions since the first endorsement given was to Bruce Rauner.

In an open letter to the Sun-Times chairman Michael Ferro, dated Oct. 22 and published on his blog, DaveMcKinney123.wordpress.com, McKinney said that Rauner’s campaign went after his wife, who is a political consultant, and accused him of a conflict of interest.

The accusations came in response to a story about Rauner that McKinney and two reporters with the local NBC-affiliate had worked on.

McKinney, along with Sun-Times columnist and NBC 5 News political reporter Carol Marin and NBC 5 News producer Don Moseley, reported in an Oct. 6 article for the Sun-Times about a lawsuit against Rauner. Rauner was accused of threatening the CEO of a national accounting firm working with a start-up called LeapSource, where Rauner was a board member.

“A federal judge threw out most of the lawsuit, including the counts containing the allegations involving the threats. The judge, though, did not make a determination on the credibility of those allegations,” the Sun-Times noted. A Rauner spokesperson dismissed the claims and called the accusations in the lawsuit “false.”

McKinney pointed out that both the Sun-Times and the local NBC-affiliate vetted and approved the story on the lawsuit against Rauner and detailed how his wife as a political consultant set up a “legally binding firewall” to prevent any conflict of interest for his reporting on the Illinois governor’s race.

“She and her business partner have gone to great lengths to prevent potential conflicts of interest, including creating a legally binding firewall that prevents Ann from participating in, strategizing in, or financially benefiting from the Illinois governor’s race.”

“For that work, her partner formed a separate corporation with its own bank account that didn’t involve Ann in any way. In January, before we were even married, I presented this information to Sun-Times management and received approval in writing to move forward,” he wrote.

The Chicago Tribune reported that the separate company, Jemma Productions, is located at the same address as Liston’s company Adelstein Liston. It was underwritten by the Illinois Freedom PAC, which has paid for ads against Rauner. Jemma Productions is owned by Liston’s partner Eric Adelstein, the Washington Post reported.

The Sun-Times editor-in-chief and publisher Jim Kirk published a statement on the Sun-Times website Oct. 20 defending the paper’s election coverage in response to Rauner’s criticism of the paper’s decision to publish the report on the lawsuit.

“The Rauner campaign complained and said we shouldn’t write about the suit since most of the counts in the case had been thrown out of court. We listened. And I decided the case was relevant to the public debate in this election,” Kirk wrote.

Kirk also denied McKinney had a conflict of interest and stood by McKinney and his wife’s ethics and work.

“As I told other media outlets over the weekend, the allegations leveled by the campaign were inaccurate and defamatory. We ran the story and continue to back it. And out of an abundance of caution, we did review the matter once again and are convinced Liston receives no financial benefit from any Illinois political campaign specifically because of the extraordinary steps she and McKinney have taken to establish business safeguards,” Kirk said.

McKinney acknowledged that the Sun-Times‘ Kirk had defended him, but said he later was put on leave.

Kirk told the Chicago Tribune that the “pause” in McKinney’s work at the newspaper was to vet for a conflict of interest.

McKinney said not only was he on leave but his reporting was taken off the website. “I was yanked from my beat as I reported on a legislative hearing focusing on Gov. Pat Quinn’s botched Neighborhood Recovery Initiative,” he wrote. “My reporting for that day was then removed inexplicably from the Sun-Times website.”

Kirk wanted him to change assignments, “all of which I considered demotions,” and co-workers thought he had been “suspended or fired.” McKinney said he then contacted a former federal prosecutor for help and  was then brought back to his job, but still limited in his reporting on Rauner. McKinney wrote:

“On the first day back, I was advised I shouldn’t have a byline on a LeapSource-related story ‘right out of the gate’ even though it was a legitimate follow-up to our initial story. While later relenting and offering me a contributing byline after I protested, the newspaper had failed an important test: It was not permitting me to do my job the way I had been doing it for almost two decades.”

McKinney said it felt like retaliation and that the way he was treated has had “a chilling effect in the newsroom” as reporters are concerned. “This newspaper no longer has the backs of reporters like me,” he wrote. So McKinney quit.

iMediaEthics has reached out to the former prosecutor, Patrick M. Collins, for more information.

On top of McKinney’s claims regarding retribution, the Sun-Times‘ decided to change its policy and endorse Bruce Rauner for state governor.

Shortly after McKinney was brought back to work, the newspaper endorsed Rauner after not giving endorsements for almost three years. In McKinney’s view, this raises questions about the newspaper’s integrity.

“Readers of the Sun-Times need to be able to trust the paper,” McKinney wrote. “They need to know a wall exists between owners and the newsroom to preserve the integrity of what is published. A breach in that wall exists at the Sun-Times.”

In an Oct. 17 editorial, the Sun-Times announced it was “back in the endorsement business” and endorsed a candiate for governor as well as other local February elections.  It said the endorsements would be “without fear or favor.”

The Sun-Times said it changed its position on giving endorsements because readers said they wanted them. “Our readers have taken a different view,” the Sun-Times’ announcement stated. “They have told us they understand the difference between the independence exhibited in the news coverage from opinions expressed in the editorials. We appreciated this feedback and understanding.”

“In the years and months since our decision to stop making endorsements, readers have told us constantly that they found great value in them and wished we would make them again. Our endorsements, they said, offered another frame of reference, fresh analysis and insight.”

Beyond the fact that the Sun-Times decided to not only stop giving endorsements but endorse someone who just had criticized the paper, the endorsement also raised eyebrows because Rauner used to have a sizable financial stake in the Sun-Times.

The same day the Sun-Times announced that it was endorsing again, the newspaper published an editorial endorsing Bruce Rauner.   “This one contest, the race for governor, is simply too important to the future of Illinois for us to stay silent. It may well be the most important election in our state’s modern history,” the Sun-Times wrote.

Kirk denied that the newspaper endorsed Rauner because he was once a big investor in the Sun-Times‘ parent company.

“Mr. Rauner and Mr. Ferro said in interviews that the sale was a way to eliminate any conflicts of interest that might come up if Mr. Rauner, who so far has raised $1.3 million, follows through with a bid for the governor’s office.”

Further, Ferro told Crain’s in April 2013 that “As [Rauner] explores his options for public office, we are aware of the conflicts, or the appearance of conflicts, that would have presented.”

Ironically, at least in hindsight, Crain’s pointed out that the Sun-Times wouldn’t have to worry about giving Rauner an endorsement since the newspaper no longer endorsed candidates.

“As recently as this Monday on our Op/Ed page, I stated that Dave is among the best in our profession. I meant it then and I mean it now. The pause we took last week was to ensure there were no conflicts of interest and was taken simply to protect Dave McKinney, the Sun-Times and its readers as we were under attack in a heated political campaign. We came to the right result, found the political attacks against us to be false and we stand by our reporting, our journalists and this great newspaper.

“I disagree with Dave’s questioning the integrity of this newspaper and my role as editor and publisher. I call the shots. While I’ve been here, our ownership and management have never quashed a story and they have always respected the journalistic integrity of this paper.”

iMediaEthics has written to Kirk, the Rauner campaign and McKinney for further comment.

The Chicago Newspaper Guild started a petition calling for “reassurance from Sun-Times CEO Timothy Knight and Wrapports board chairman Michael Ferro that reporters will be able to do their jobs without interference from politicians and/or company investors,” Crain’s reported.