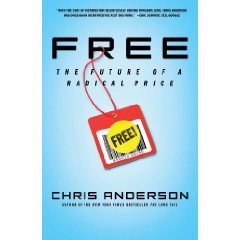 Chris Anderson, author of new book, "Free", took content from Wikipedia without giving proper attribution. The excuse? He mistakenly left out footnotes. Okay, but what about quotation marks for the Wikipedia text he lifted verbatim and misrepresented as his own words?

Gawker’s Ryan Tate reports that Chris Anderson, Wired editor and author of, “Free, The Future of a Radical Price,” a book supporting free content usage, stole Wikipedia content. They link to the Virginia Quarterly Review (VQR) as the source for the discovery.

Tate writes: “Like so many plagiarists before him, Anderson claims his act was unintentional. The Virginia Quarterly Review first reported his copying, and the explanation he gave us is that he and his editors decided to kill Free’s footnotes ‘at the 11th hour;’ though much attribution was restored within the body text, Wikipedia sources were not.”

StinkyJournalism wants to know about the required quotations marks? What happened to those? The verbatim lifting of Wikipedia text is not solved by footnotes alone. After all, Anderson’s book directly misrepresents Wikipedia’s words as his own.

The New York Post noted that “Anderson…likes the copy-and-paste keys, even when it comes to his central argument.” The Post  compares two passages, one from Anderson’s book, “Free” and its twin, from Wikipedia.

“Even if something appears to be free, there is always a cost to that person or society as a whole even though that cost may be hidden or distributed.”

“Even if something appears to be free, there is always a cost to that person or society as a whole even though that cost may be hidden or distributed.”

The Post quotes Anderson’s publishers who side with the author (natch). They write, “Hyperion, which plans an 80,000-copy first printing, seems satisfied with Anderson’s explanation. ‘We are completely satisfied with Chris Anderson’s response. It was an unfortunate mistake, and we are working with the author to correct these errors both in the electronic edition before it posts, and in all future editions of the book.’ ”

Waldo Jaquith, VQR, who discovered Anderson’s plagiarism, writes (emphasis mine), “We have discovered almost a dozen passages that are reproduced nearly verbatim from uncredited sources. These instances were identified after a cursory investigation, after I checked by hand several dozen suspect passages in the whole of the 274-page book. This was not an exhaustive search, since I don’t have access to an electronic version of the book. Most of the passages, but not all, come from Wikipedia.” Ah oh.

Check out Jaquith’s post to see highlighted passages of Anderson’s text that are plagiarized. “Examples of the passages in question follow,” Jaquith writes, “The words and phrases that are found in both Free and the apparent original source are highlighted.” Here is an example. Click to enlarge text.