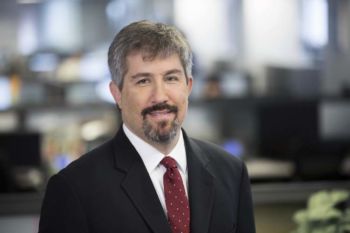 The Journal‘s statement continued, “The allegations raised by this reporting are serious. While our own investigation continues, we have concluded that Mr. Solomon violated his ethical obligations as a reporter, as well as our standards. He has not been forthcoming with us about his actions or his reporting practices and he has forfeited our trust. Mr. Solomon is no longer employed by The Wall Street Journal.”

The Associated Press busted the conflict of interest after reviewing e-mails and text messages that show Solomon had been offered a 10% stake in a business. The AP’s story explained it found Solomon’s conflict during its reporting on Azima, an “Iranian-born aviation magnate.”

One 2014 text message the AP quoted had Solomon telling Azima “our business opportunities are so promising.”

Another e-mail, from 2015, said Solomon was “supposed to ferry” a $725 million proposal to the United Arab Emirates’ government representatives, according to the AP, with an e-mail from Azima to Solomon and two business partners referring to the deal as Solomon’s “first defense sale.”

“I clearly made mistakes in my reporting and entered into a world I didn’t understand.” Solomon told the AP. “I never entered into any business with Farhad Azima, nor did I ever intend to. But I understand why the emails and the conversations I had with Mr. Azima may look like I was involved in some seriously troubling activities. I apologize to my bosses and colleagues at the Journal, who were nothing but great to me.”