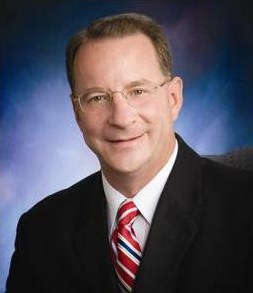 The judge, Laramie County district judge Peter Arnold, initially ruled in favor of Laramie County Community College and censored the Wyoming Tribune Eagle and the biweekly newspaper The Cheyenne Herald from publishing news articles about a school report for at least ten days, The Associated Press reported.  Then May 25, the judge reversed that ruling and said the newspapers could write about the report.

Wyoming Tribune Eagle’s report was published May 26. The newspaper’s article, based on a school report, said that school chaperones on a 2008 Costa Rica trip, including LCCC president Darrel Hammon, put students in charge of watching over a student with suicidal behavior on the trip.  Mental health professionals wrote in the school report that the student should have been sent home from Costa Rica.

The daily newspaper The Wyoming Tribune Eagle had received a report from an anonymous source, which had information on the president of Laramie County Community College, Darrel Hammon, during a 2008 school trip to Costa Rica.

The AP  reported that The Tribune Eagle’s executive editor, D. Reed Eckhardt, said that LCCC asked for a restraining order once the Tribune Eagle started asking for the school’s comment.

The judge issued the restraining order because “the report was improperly taken” and the information from the report could cause the school to lose federal money.

The AP reported that the school’s lawyers “argued that the report was taken improperly by whoever gave it to newspapers” and that the college could lose federal grant money as a result of its release.  If certain student records aren’t kept confidential, schools can lose federal funds under the Family Educational Rights and Privacy Act.

But, The Wyoming Tribune Eagle wrote May 22 that it never planned to publish the names of the students in its report.

The restraining order led to a handful of reports by media outlets, bloggers, and press groups, all expressing their concern about the prior restraint ruling.

Prior restraint is “an official restriction of speech before publication,” according to the Reporters Committee for Freedom of the Press.

“Prior restraint is pretty well established as a no-no given our constitutional law,” The AP reported McBride said.

The Society of Professional Journalists wrote May 25 condemning the censorship. SPJ President Kevin Smith wrote “This is a clear violation of press rights, and SPJ stands behind the Wyoming papers in their attempts to present the truth.”  The SPJ wrote that prior restraint is unconstitutional.

The Guardian reported May 25 that the Wyoming Press Association called the ruling “”dangerous and unacceptable breach of the first amendment.”

In a May 25 editorial, the Wyoming Star-Tribune wrote that it joins the “Wyoming Press Association in calling this incident a dangerous assault on the First Amendment.”

”The college will survive any embarrassment caused by an article, but freedom of the press cannot be allowed to be circumvented,” The Wyoming Star-Tribune editorial read.  The Star Tribune wrote that “the public should be outraged” for this ruling.

The Wyoming Tribune Eagle published its news article May 26.