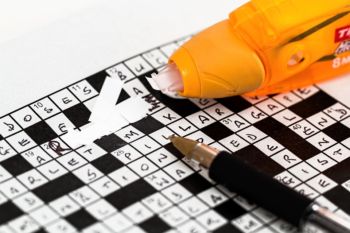 Cindy Yang sues Miami Herald: In May, Li Cindy Yang sued the MIami Herald for saying she owned the day spa where New England Patriots owner Robert Kraft was accused of paying for a sex act. Yang said she didn’t own the spa at the time.

Geoffrey Rush: Actor Geoffrey Rush won a “record” defamation ruling of about $2.9 million Australian (around $2 million U.S.) in May after suing the Daily Telegraph over its reports alleging sexual misconduct.

Rep. Devin Nunes (R-CA) sued news outlets: In October, Nunes sued Esquire and reporter Ryan Lizza over his report about Nunes’ family farm. Then, in December, Nunes sued CNN for defamation over its reporting alleging he met with Ukrainian prosecutor Viktor Shokin. In June, Nunes sued Twitter and individuals over their tweets about him.

BBC pays Ukrainian president: In March, the BBC apologized to Ukranian president Petro Poroshenko and paid him a “substantial” sum after Poroshenko sued for libel. Why? The BBC claimed he approved a $400,000 payment to then-fixer Michael Cohen to set up a meeting with Pres. Donald Trump.

Mayor sues Barstool Sports: In June, Boston-area mayor Joe Curtatone sued Barstool Sports for audio recording him without consent. Curtatone’s lawsuit said a Barstool Sports employee posed as a Boston Globe columnist to interview him; Curtatone said he couldn’t give consent if it was “through fraudulent means.”

Huffington Post sued over Brett Kavanaugh story: A Mississippi man named Derrick Evans sued the Huffington Post in August over an article about Brett Kavanaugh because the story claimed he and a friend “helped arrange the purchase and delivery of cocaine that resulted” in the death of David Kennedy, one of Robert F. Kennedy’s sons. Evans said he wasn’t contacted for comment before publication, that the correction the Huffington Post published was problematic, and that he helped law enforcement and didn’t help buy drugs.

Dean Obeidallah libel ruling: In June, Muslim comedian and radio host Dean Obeidallah won a $4.1 million ruling after suing Neo-Nazi website the Daily Stormer for libel over its false claims he was the “mastermind” behind the Ariana Grande concert bombing.