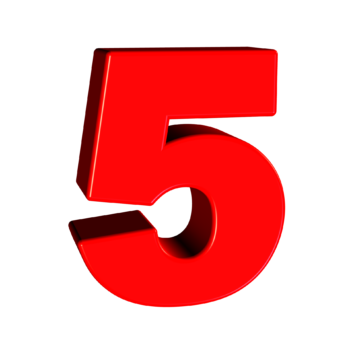 As 2017 winds down, iMediaEthics takes a look at some of the most controversial cartoons published by media outlets this year.

5. In previous years, the French satirical magazine Charlie Hebdo has triggered controversy with its provocative cartoons. This year was no exception. Many readers were upset by a late August front-page cartoon headline, “God exists! He drowned all the Neo-Nazis of Texas.” The cartoon suggested Texas victims of Hurricane Harvey were Hitler-saluting neo-Nazis. How? It showed hands and legs reaching out of flood waters with Nazi flags poking out of the water. 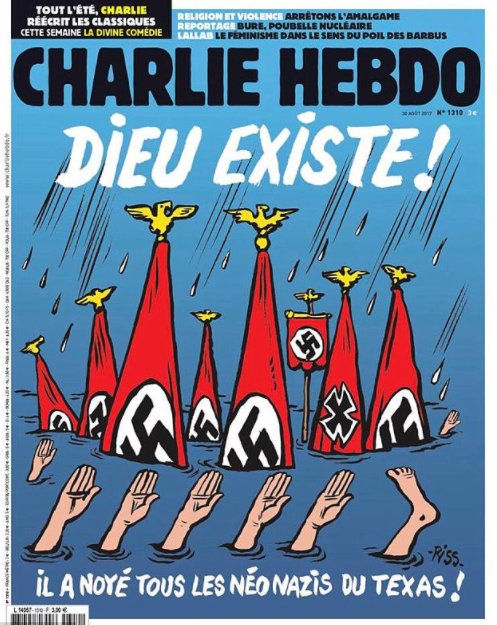 4. The Omaha World-Herald upset many readers when it published a cartoon showing a naval ship hitting the U.S. Naval Academy, days after the real news of a fourth U.S. navy warship having an accident in Asia. The cartoonist, Jeff Koterba, apologized after readers complained, arguing his cartoon was an attempt to “shine a light on problems so they don’t persist.” 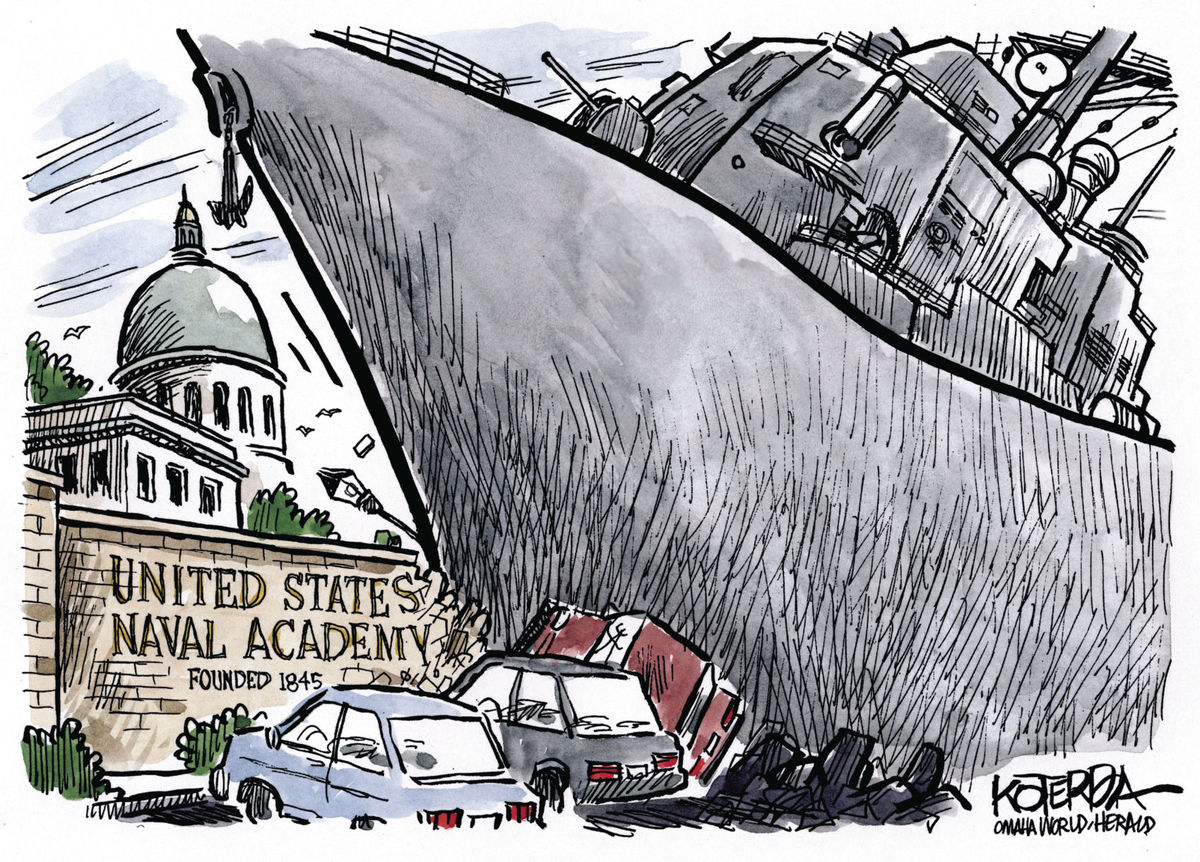 Jeff Koterba apologized for this cartoon after readers complained.

3. Politico angered readers with a cartoon about Hurricane Harvey that depicted the Coast Guard rescuing two people, one wearing a Confederate T-shirt and cowboy hat, from the floods. On the roof of the house where the two were waiting was a sign for Texas to secede and a “Don’t Tread on Me” flag. The word bubble showed the the person being rescued saying, “Angels! Sent by God!” and the rescuer responding, “Er, actually Coast Guard … sent by the government.”

The cartoonist, Jeff Wuerker, claimed his cartoon was “very pro Coast Guard” and “making fun of the Secessionist movement.” 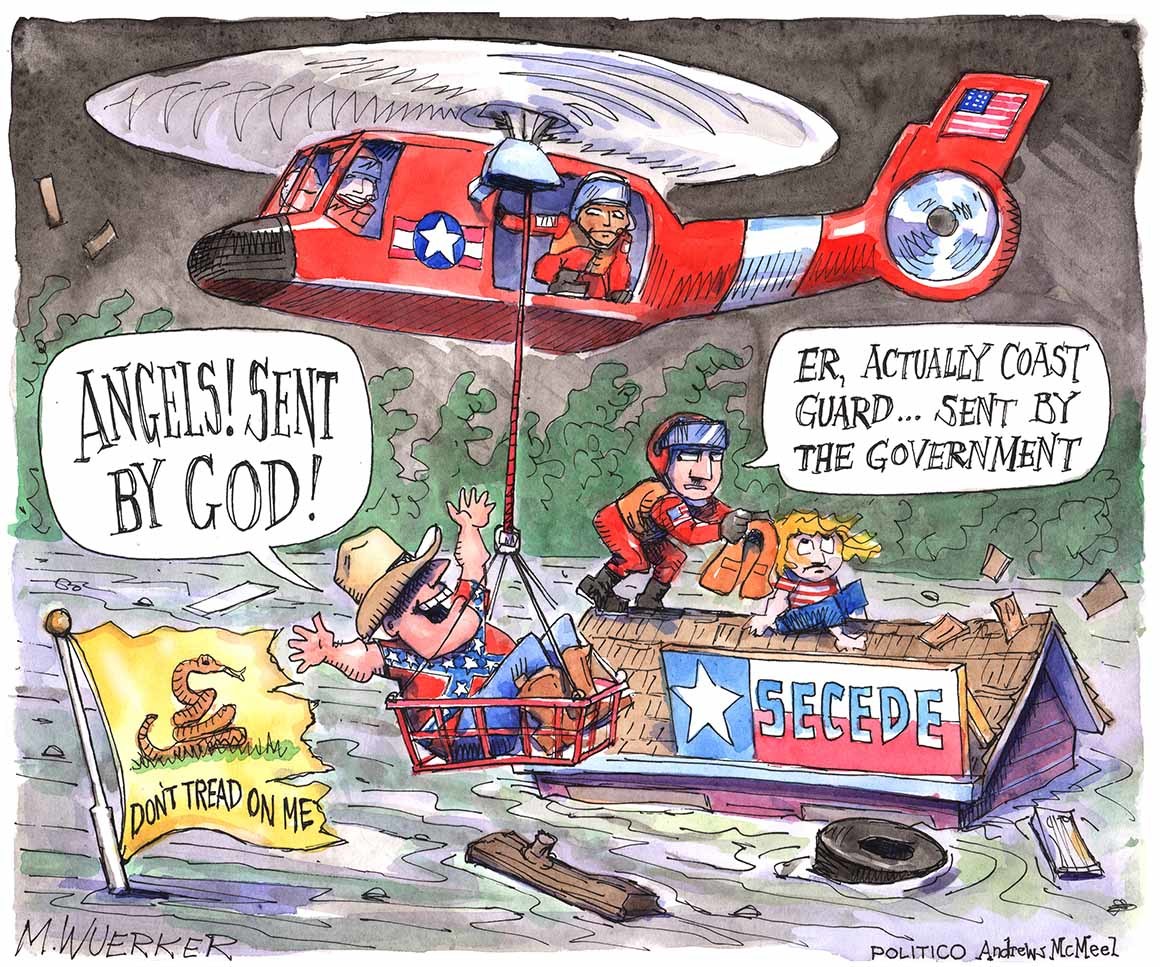 2. 1. Two newspapers, Iowa’s Telegraph Herald and Vermont’s Bennington Banner, published a cartoon that outraged readers after the Oct. 1 Las Vegas shooting. The cartoon was headlined, “Whatever happens in Vegas…” and showed a pile of bodies strewn about. 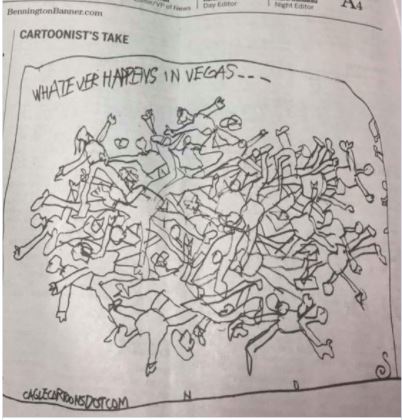 1. In October, the University of California-Berkeley’s student-run newspaper The Daily Californian published an anti-Semitic cartoon about lawyer Alan Dershowitz. The cartoon showed Dershowitz with his head poking through a sign that reads “The Liberal Case for Israel.” Hidden behind the sign is Dershowitz holding a member of the Israel Defense Forces killing someone and his foot crushing a person holding a Palestinian flag. 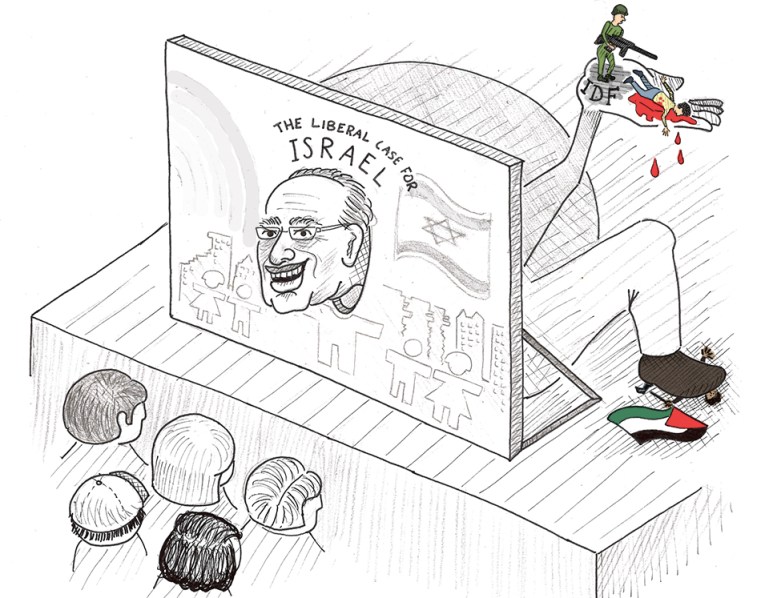