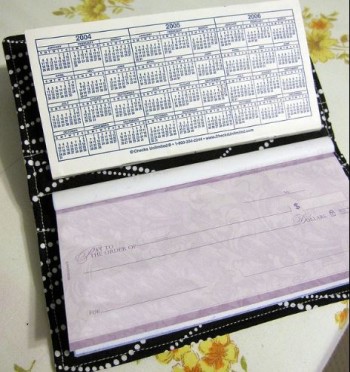 The Toronto Star’s public editor Kathy English defended the Star’s payment of $5,000 for a video of an intoxicated Rob Ford threatening to kill someone and the paper’s adherence to ethical standards prohibiting checkbook journalism.

Ford, the mayor of Toronto, is shown in the video stumbling about saying he is a “sick motherf**ker” and that he is going to kill an unidentified individual. The Star pubished the video earlier this month and disclosed it paid $5,000 to obtain the video.

“The Toronto Star does not pay sources for interviews,” public editor English wrote. “That means no one scores cash for telling the Star’s reporters what they know. The Star does, however, pay fees for photographs, videos, book excerpts and freelance stories.”

English’s column came a solid two weeks after the news that the Star exchanged cash for the footage of Ford. Her column reported that two complaints were filed with the Ontario Press Council over the payment.

For her own part, English wrote that she would have preferred the Star didn’t have to shell out cash for the video, but that it definitely wasn’t checkbook journalism and the video was “strongly in the public interest.” She wrote:

“I’m not entirely comfortable that money had to change hands here. Given the public interest in the mayor of Canada’s largest city, I wish that those who offered the video had provided it freely.”

Further, English reminded that “evidence matters,” and by securing the video, the Star was able to show, not just tell, what the mayor has been up to. “Remember it was Ford who labelled the media as ‘pathological liars’ for reporting on the now infamous video showing him smoking crack cocaine,” she wrote. As iMediaEthics has written, the police now have that video, and after the police said so, Ford finally admitted that he has smoked crack. English went on:

“Had the Star merely reported the existence of a video taken in August and showing the mayor in an angry tirade threatening to murder someone, I expect many readers would question why the Star did not show the evidence. Certainly hundreds of readers questioned why the Star had not purchased the crack cocaine video.”

Earlier this month, iMediaEthics noted that the Star didn’t pay for the video of Ford smoking crack, which would have cost a signifcant amount (around “six figures,” the Star said), yet the Star agreed to pay this $5,000 payment for the drunk murder threat video.   Toronto Star reporter Kevin Donovan told iMediaEthics he was OK with the drunk murder threat payment because the money was for “legal purposes.”  He explained at the time:

“I satisfied myself that this money was not going to someone involved in the guns and drugs trade (the people with the original video were involved, or at least the main one was involved, in that trade allegedly). In this case the money was going to a family to use for legal purposes. The media does pay for images all the time and we felt this payment was consistent with that.”

English’s reasoning for why the Star bought the drunk video and not the crack video mirrored Donovan’s.  “The crack cocaine video was being shopped around by drug dealers demanding a far larger sum and the Star had legitimate concerns that any money paid would go to fund drugs — or guns,’ she explained.

iMediaEthics is writing to the Ontario Press Council to ask when the complaints will be heard.

UPDATE: 11/29/2013 8:30 PM EST Don McCurdy, the press council’s executive director, told iMediaEthics earlier this week “The complaints will be discussed by the Press Council at its next meeting, in early December and a decision will be made to either dismiss the complaints or to arrange a hearing into the matter.”