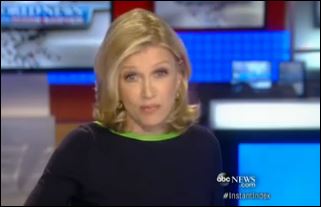 ABC News’ Diane Sawyer corrected a Sept. 5, 2013 report about a traffic jam in China because the story was actually years old, Mediaite reported.

Sawyer had originally reported that there was a three-week-long traffic jam right now in China, but the three-year-old story somehow was recycled and re-reported on ABC News.

Mediaite questioned, “How did ABC World News Mess Up This report So Badly?” and noted that ABC News itself had reported on the traffic jam back in 2010. Based on a search of the Internet, Mediaite suggested ABC News saw the story when the Daily Beast picked up a 2010 article from Canada’s CBC.   (The Daily Beast article now carries an editor’s note disclosing to readers that the story was from 2010; they apparently made the same error as Sawyer in posting old news.)

In Sawyer’s on-air correction, she said,

“A note about our program last night. We showed you these pictures and told you about traffic problems in Beijing, China, but last night we included specific descriptions about a traffic jam which in fact happened several years ago, 2010. It was the result of a mix-up and we want you to know we regret the error.”

Mediaite has video of the correction.