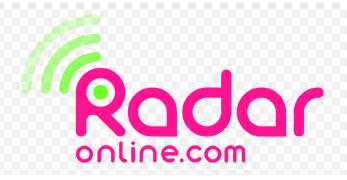 Radar gave a questionable defense for publishing the “disturbing clip” of Brendon claiming “RadarOnline.com exclusively obtained the tape, and is publishing it in the hope that Brendon will get the help he so desperately needs.” Brendon played Xander on the TV show Buffy the Vampire Slayer.

The post warns “disturbing video” and includes an embeddable video of Brendon, along with Radar Online logos and an advertisement. Adding to the distastefulness of the post, Radar’s story stated: “Nicholas Brendon nearly ended his train-wreck life in an attempted suicide — and the shocking incident was caught on tape.”

Brendon called the video leak “egregious” in a Facebook post. “As all of you know I am desperately battling depression and it is unfortunate that others capitalize off my struggles,” Brendon wrote. “I have up’s [sic] and downs but I am still a human being. Suicide is a very very serious issue and not something to be highlighted publically [sic] or mocked for that matter.” He added that he is “getting help” and advocated anyone else needing help do so.

Previously, Brendon posted on Facebook thanking fans for their support and sharing that he’s trying to get better after “it’s been bad for me the last three years and I’ve had failed attempts at suicide.” He also wrote that he was entering a treatment program.

“And while Gossip Cop sadly is not surprised by the webloid’s actions, since it previously published Lamar Odom’s brothel overdose and Bobbi Kristina Brown’s dying moments, we are still 100 percent disgusted with the outlet,” Gossip Cop wrote.

Pointing to Brendon’s public problems, statements about alcoholism, and “various run-ins with the law,” Gossip Cop argued “there was no need for RadarOnline to exacerbate his already difficult situation by posting video of the actor trying to kill himself.”

Last year, iMediaEthics called out Radar Online for publishing a photo of Robin Williams at an Alcoholics Anonymous meeting a few months before he died by suicide.