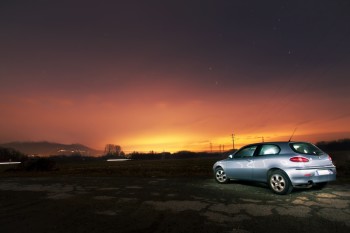 A Toronto Star intern was pranked by a phony source for a story on car sex, “Looking for lover’s lane, 2015? Find it on social media.”

The intern, Amal Ahmed Albaz, was looking for sources on Reddit for her first story for the paper, Star public editor Kathy English reported. A source identified himself with someone else’s name, and used an e-mail address ljonny32@gmail.com, for an e-mail interview with the Star intern reporter. The source wouldn’t agree to a phone interview and the intern didn’t thoroughly fact check to make sure he was who he said he was.

The person whose name was used by the prankster, Alex Shivraj, complained because his name is “a unique name in Toronto.” And the Star still doesn’t know who it really interviewed.

“This unfortunate case of mistaken identity resulted in an embarrassing apology being published in the Star this week to make clear that Alex Shivraj — the name the email hoaxer gave to Star reporter Amal Ahmed Albaz — had never talked to the Star about finding places for car sex during his high school years in Mississauga or been sought for comment on the article,” English wrote.

Meanwhile the intern told English she learned “a difficult lesson at the beginning of my career about how important it is to scrutinize every detail and double check as many facts as possible.”

The Star published an Oct. 13 apology to Shivraj, the man whose name was wrongly used by the hoaxer. The apology, also at the bottom of the Sept. 19 article, states:

“A Sept. 19 article about using social media to find locations for car sex in Toronto attributed statements about finding places for car sex and other activities during his high school years to a source who identified himself to the Star through email as Alex Shivraj, 28, a Mississauga resident.

“The Star apologizes to Alex Shivraj for these errors.”

The original article still includes the prankster’s comments but doesn’t include a name for the source. iMediaEthics asked English why the paper left the comments online given the source was discredited. English responded: “I felt that in the context of this column that sought to explain what happened it was important to show exactly what the person said in the email to the reporter.  I think it is quite clear that we have no idea who the ‘source’ is.”
Hat Tip: Andre Picard