Chinua Achebe Died in 2013, So Why Did Sydney Newspaper Publish Obit Last Month? 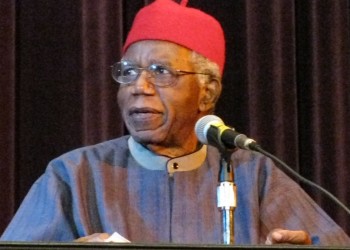 No. Achebe, author of Things Fall Apart, actually died in 2013, but The Sydney Morning Herald published his obituary from 2013 as if it were news last month.

The Herald published a full-page obituary March 25, according to Australian media program Media Watch. The obituary wasn’t penned by the Morning Herald, but instead was an old New York Times obituary that the newspaper thought was new.

The Morning Herald declined to comment to iMediaEthics about the error. In a statement to Media Watch, the Morning Herald said “This was a significant mistake and we are taking it very seriously. Once the error was discovered, as is only appropriate, we immediately ran a correction.”

Media Watch suggested that the Morning Herald thought Achebe had recently died because on Twitter many people were recirculating 2013 obituaries around the anniversary of his death. Media Watch also pointed out that last year, Achebe’s obituary recirculated, with the Los Angeles Times arguing at the time, “Chinua Achebe dies a second time, thanks to social media.”

One could say, then, that Achebe dies a third time, thanks to the Sydney Morning Herald.

Chinua Achebe Died in 2013, So Why Did Sydney Newspaper Publish Obit Last Month?