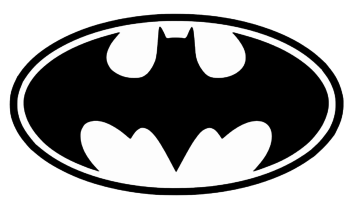 Sometimes when news outlets are busted for reporting fake, satirical or hoax information, the news outlets delete the fake information from their sites.  And, showing further disregard of transparency for readers, the sites occasionally don’t even post corrections or notices that they have removed or changed content.

However, Collider set an example this week when it explained to its readers that it published unreliable information and that it would be leaving the original, hoax story on its website — with a correction appended — in the name of transparency.  Collider is a news website for “movies, television, gadgets, sports, video games, deluxe Barcaloungers — anything of interest to the media and technology savvy individual,” according to Collider’s site.

Collider’s hoaxed story claimed that actors Marion Cotillard and Joseph Gordon-Levitt were cast in the 2012 Batman movie The Dark Knight Rises.  The news came via “what appeared to be an official press release from Warner Bros.,” but upon further examination, Collider’s Goldberg noted that the press release was fake and that the news had been debunked in the online forum Nolan Fans.

The fake press release also bears a close similarity to an official Jan. 19 press release announcing that Anne Hathaway and Tom Hardy would be acting in the movie.

Collider appended updates to the original story and published a separate apology and explanation to readers.

The Feb. 16 story now features an update: “Update: This may be fake.  In my rush to report Batman news that was forwarded to me, I didn’t think to check the e-mail address it originated from: “warnerbrospicturesmedia@hotmail.com“.  Hit the jump for my sloppy journalism! Update 2: Definitely fake:  The folks on the Nolan Fans message boards debunked the story.  Update 3: Here’s an explanation of why we’re leaving this story up.”

Collider’s managing editor Matt Goldberg explained in a Feb. 16 posting that was also linked to the original questionable story:

“This error is entirely my fault.  I don’t consider myself a journalist, because A) I have no journalism degree; B) no professional journalism training; C) it’s kind of an insult to actual journalists who worked hard at both A and B.  However, just because I don’t count myself as a journalist, that doesn’t make me exempt from their ethics or practices.”

But, despite finding out the press release wasn’t legitimate, Goldberg noted that Collider is “keeping the Batman story up because of our commitment to that integrity and the intelligence of our readers.”

Goldberg accepted responsibility for posting the unreliable and unverified piece of information. He explained: “To take down the article and pretend it never happened would not only be unethical, but an insult to your intelligence.  I made a mistake.  I was careless.   And I can live with that because I’ll be far more cautious in the future.”

“That’s another reason we’re leaving the story up: because now, because of our error, other sites have picked up the fake story, and we now need to explain it’s false and hope that our correction will disseminate like our erroneous original story.”

“If my error today is enough to make you stop coming to Collider, then I understand and I’m deeply sorry that my mistake turned you off this site.  However, I hope that you’ll forgive me and continue to visit Collider and do so with the knowledge that we work to correct our mistakes and when we screw up, we’ll always be up front with you about it.”

iMediaEthics wrote to Goldberg asking if Collider has had any contact with Warner Bros. over the story, asking what Collider’s policy is on unpublishing and asking for further comment.  He responded:

“We haven’t had any further contact with Warner Bros. regarding this story.  As far as we can tell, it appears that their policy is not to comment on rumors, especially when those rumors concern one of their biggest franchises.  As for Collider policy, we update our original stories rather than take them down . Nothing can ever really be “unpublished” on the Internet so we decide to provide our readers with a series of updates on how a particular story is developing with regards to corrections.”

Several sites have picked up the story claiming that Cotillard and Gordon-Levitt have been cast including the Fayetteville Observer, ObsessedwithFilm, the Journal Standard and ReelzChannel.   Some cite Le Figaro as the source for the news of Cotillard’s role.

Collider’s move to admit error and transparently address the issue — without erasing history — is a different stance from recent cases of media outlets being hoaxed.

And in two recent cases, iMediaEthics has covered–US Weekly being hoaxed by a satire site and the Minnesota Star-Tribune having published  quotes from someone impersonating an athlete’s agent, the news outlets deleted stories after learning they were hoaxed.

iMediaEthics has written to Warner Brothers for comment and will update with any response.