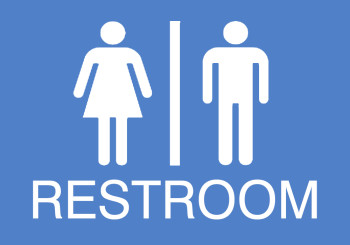 ESPN fired Curt Schilling today after he shared a transphobic message on Facebook.

ESPN sent iMediaEthics its statement on the matter, which reads: “ESPN is an inclusive company. Curt Schilling has been advised that his conduct was unacceptable and his employment with ESPN has been terminated.”

“Schilling has since deleted the image which had a man in ripped women’s clothes under a caption that read: ‘Let him in to the restroom with your daughter or else you’re a narrow minded, judgmental, unloving, racist bigot who needs to die!'” CNN reported.

The image shared is below, via Outsports: 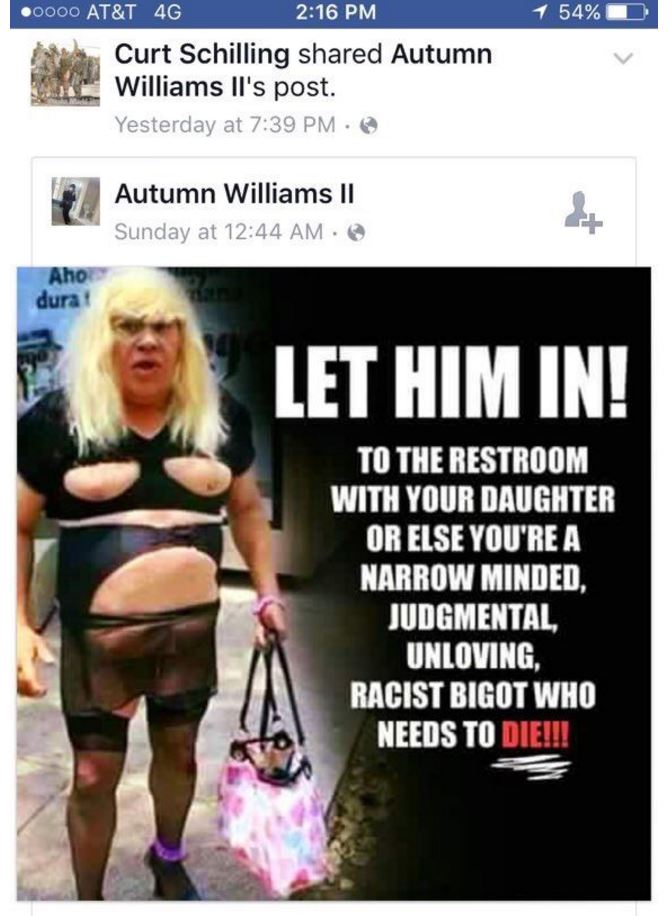 Schilling was suspended in August after posting an image comparing Muslims with Nazis. He apologized at the time, writing “I understand and accept my suspension. 100% my fault. Bad choices have bad consequences and this was a bad decision in every way on my part.”

Schilling was suspended in September for the rest of the regular baseball season after he sent e-mails complaining about coverage of his suspension.

In a lengthy April 19 post on his website,  Schilling slammed those criticizing his posts, and commented “this latest brew ha ha [sic] is beyond hilarious. I didn’t post that ugly looking picture. I made a comment about the basic functionality of mens and womens restrooms, period.”

Schilling “had worked for the network since 2010 and most recently offered analysis on ‘Monday Night Baseball,'” according to the New York Times.