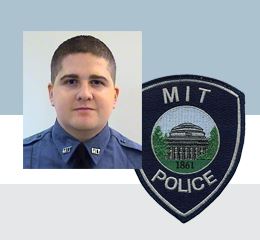 The Associated Press has just reported that Dzhokhar Tsarnaev is going to be indicted for his alleged role in the April Boston Marathon bombings.

“Boston Marathon bombings suspect Dzhokhar A. Tsarnaev faces a 30-count indictment by a federal grand jury that charges him with using weapons of mass destruction and killing four people,” according to Boston.com.

The indictment was released at 3:00 today at a press conference. It states, “On April 18, 2013…Dzhokhar A. Tsarnaev and Tamerlan Tsarnaev murdered Sean Collier, an MIT Police Officer…and attempted to steal his service weapon.”

iMediaEthics has been researching the killing of Officer Collier over the past few weeks due to the lack of media coverage since his death. Sources in the FBI, the U.S. Attorney’s Office, and the Middlesex District Attorney’s office told iMediaEthics in early June that local rather than federal agencies were leading the investigation of his murder.

iMediaEthics spoke with FBI Special Agent Greg Comcowich on June 6 to confirm this information. When asked whether the FBI was the head agency investigating Collier’s murder, Comcowich replied that the the Middlesex County District Attorney’s Office was leading the investigation.

“Our answer is [the Middlesex District Attorney’s office is] the lead agency, yes, we’re helping them, but we’re referring all questions to them….” Comcowich said in a phone interview with iMediaEthics on June 7.

In the criminal complaint filed against Tsarnaev on April 21, there is no mention of Collier’s murder. However, the complaint cites the Watertown shootout in which Officer Richard Donohue was injured in the crossfire. This was also included in the indictment.

An MIT police source told iMediaEthics the family of Mr. Collier “was doing as well as possible given the circumstances.” The source wanted to remain unnamed due to the sensitivity of the relationship with the family and because he wasn’t authorized to speak to the media.

According to Boston.com, “Among those expected to attend [the press conference] are US Attorney Carmen J. Ortiz, and officials from the Middlesex and Suffolk district attorney’s office, as well the head of the Boston FBI and the head of the Massachusetts State Police.”