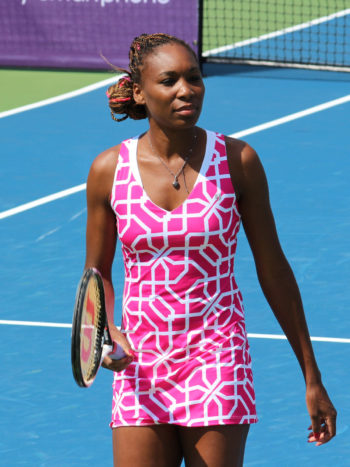 Gorillas are different from guerillas, right?  ESPN TV commentator Doug Adler apologized in January of this year after some viewers thought he compared Venus Williams’ performance during the Australian Open to that of a gorilla.

Adler was fired by ESPN over the incident, and he has since filed a lawsuit against the sports network. Suggesting injury from the stress, Adler had a heart attack earlier this month in the wake of the controversy.

ESPN spokesperson Mike Soltys told iMediaEthics by e-mail, “His suit is without merit” and declined to comment further about the firing or the lawsuit.

Adler’s attorney, David Ring, told iMediaEthics by e-mail, “The lawsuit was just recently filed so it is just getting underway.  Mr Adler suffered a very serious heart attack on Feb 25; he was hospitalized for several days and had surgery.  He is now recuperating but has a long road ahead.  He never had any heart issues prior to being wrongfully terminated by ESPN.”

During the incident in question that led to his firing, Adler commented that Venus Williams’ made a guerilla move.

Adler says he was using the word “guerilla” but, as the Associated Press noted, there is no way to know for sure given the criticism that word choice raised.  Specifically, Adler stated, according to his lawsuit: “You see Venus move in and put the guerilla effect on … charging.”

A guerilla move is a real thing, though. New York Post sports columnist Phil Mushnick explained for those of us who aren’t tennis fans: “A ‘guerrilla’ move in tennis has become a good, concise description of a player who was mostly playing from the baseline making a sudden, unexpected rush to the net — a surprise, an ambush, a la guerrilla tactics.”

Mushnick told iMediaEthics by e-mail he doesn’t know Adler, but has been “victimized by such mischaracterizations” himself. “While I was never fired nor forced to make an apology, I know what it’s like to be unfairly branded.”

Adler said after the fact he “simply and inadvertently chose the wrong word to describe her play.” The lawsuit further alleges that ESPN “forced” Adler to apologize on air, even though he said he stood by his use of the word.

iMediaEthics obtained a copy of the lawsuit, which we have uploaded here. Among the lawsuit claims are “wrongful termination of employment” and “intentional infliction of emotional distress.”

The lawsuit states that Adler, a former professional tennis player, has worked for ESPN since 2008 and stands by the description as “guerilla.” His attorney Ring told iMediaEthics that Adler has used the term “guerilla” in this context in previous on-air reports.

“ESPN bowed to pressure from those using social media, including Twitter, who mistakenly believed Adler used the word ‘gorilla’ to describe Venus Williams,” the lawsuit states. “ESPN wrongfully terminated Adler and has since caused other employers to shun Adler, causing Adler serious financial and emotional harm.”

The lawsuit defends Adler’s use of the word “guerilla” as “a perfectly apt tennis term to use in a perfectly apt moment so as to describe Venus’ brilliant, aggressive, dominating play that day.”

Further, Adler’s lawsuit says ESPN said it understood he was saying “guerilla” not “gorilla.” Adler “is now known as ‘racist,’ the person who called Venus Williams ‘a gorilla’ and who is now persona-non-grata in all professional tennis circles. For something he never said,” the lawsuit charges.

"She puts the Gorilla effect on. Charging". Just wtf. This is not cool @ESPNTennis @espn pic.twitter.com/L46Bwf6sEh

Why? Because Rothenberg, who like Adler was covering the Australian Open, tweeted a video clip of Adler making the “guerrilla” remark. Rothenberg added a comment to the tweet, saying, “This is some appalling stuff. Horrifying that the Williams sisters remain subjected to it still in 2017.”

Adler’s lawsuit alleges Rothenberg’s tweet “ignited the flames of anger and hatred against” Adler. Rothenberg told  iMediaEthics he had no comment about the lawsuit and tweet.

(iMediaEthics wrote about that Rothenberg story and the criticism of it at the time. Read the backstory here.)

This is some appalling stuff. Horrifying that the Williams sisters remain subjected to it still in 2017. #AusOpen https://t.co/LJgieHgyuh

ESPN told the Associated Press, “During an Australian Open stream on ESPN3, Doug Adler should have been more careful in his word selection. He apologized and we have removed him from his remaining assignments.”