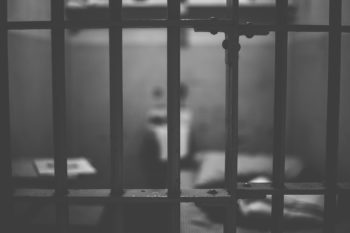 The UK Telegraph claimed Northern Ireland’s prosecutor was motivated by politics and revenge in his pursuit of murder charges against two former British soldiers for the killing of an Irish Republican Army member.

In January, McGrory told the BBC it was “inaccurate” for anyone to claim that his office brought the charges against the ex-soldiers for political reasons or because of his former clients when he was a lawyer. McGrory has been Director of Public Prosecutions since Nov. 2011.

This month, the Telegraph apologized to McGrory and announced it is paying him damages and costs over the allegation.  iMediaEthics has contacted the Telegraph to ask if McGrory threatened or filed legal action over the reporting.

The Telegraph didn’t state which of its reports made the claims about McGrory. iMediaEthics asked the Telegraph if it unpublished any related reports.

iMediaEthics identified an December 18, 2016 article that reported the prosecution “has led to accusations the criminal investigations are politically motivated revenge for the deaths of IRA paramilitaries as long as five decades ago and are focusing on the actions of the security forces while ignoring terrorist killings.”

The article notes the Public Prosecutors Office denies the claims.

A spokesperson for McGrory told iMediaEthics by e-mail McGrory complained about the Telegraph and another publication, which wasn’t named. iMediaEthics has asked what the second publication is. The statement reads:

“In our reporting of the public debate surrounding the decision to prosecute two  former British Soldiers for the alleged murder of Joe McCann, we published inaccurate statements concerning Barra McGrory QC, the Director of Public Prosecutions for Northern Ireland, including allegations that the decision by him was in revenge for the murder of IRA terrorists and/or was politically motivated. We accept that this was incorrect and that the decision was made in accordance with proper practice and pursuant to established criteria. We apologise for the distress caused to Mr McGrory QC and we have agreed to pay damages and costs.”