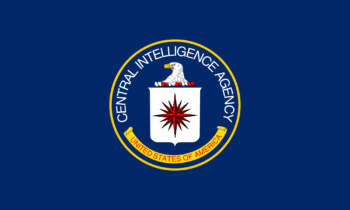 Wayne Simmons, a former Fox News commentator who claimed he worked for the CIA for decades, was sentenced to 33 months in prison July 15, Reuters reported.

Last October, the FBI announced it had indicted Simmons for “charges of major fraud against the United States, wire fraud and making false statements to the government,” as iMedieaEthics reported at the time.

Simmons was an unpaid commentator for Fox News starting in 2002.  After Simmons’ indictment, Fox News’ Bret Baier told viewers on air that Simmons was not paid. Simmons’ lawyer confirmed with iMediaEthics that he was not paid.

Simmons’ lawyer Bill Cummings told iMediaEthics by phone that Simmons “got a little heavier sentence than he had hoped for, but then again most people would always like to get something less than they eventually get.”  Cummings suggested that the judge likely took into his sentencing decision the fact that Simmons still maintains he was a CIA employee.

According to Cummings, there will be no appeal of the sentencing given that Simmons made a plea agreement.

A statement from the Department of Justice reported Simmons was sentenced for “major fraud against the government, wire fraud, and a firearms offense.” In addition to the 33 months sentencing, Simmons must serve “three years of supervised release,” give up two firearms and pay $175,712 in fines. Simmons pleaded guilty in April, according to the statement.

The press release noted Simmons’ role as a “former Fox News commentator.” “Simmons defrauded the government in 2008” when he tried to get certain jobs and when he was deployed to Afghanistan because he lied about “his financial, employment and criminal history, including that he had worked for the CIA” and so on. He also “defrauded” one person in a real estate investment, the statement says.

Dana J. Boente, U.S. Attorney for the Eastern District of Virginia, called Simmons a “fraud” in that statement.

“Simmons has no military or intelligence background, or any skills relevant to the positions he attained through his frauds,” Boente went on. “He is quite simply a criminal and a con man, and his fraud had the potential to endanger national security and put American lives at risk in Afghanistan.  I want to thank the agents and prosecutors for their efforts on this complicated case.”

Simmons’ false claims about working with the CIA weren’t just for TV. “He fraudulently obtained positions with the U.S. government by lying about his previous employment and history, and further, defrauded a victim through a bogus real estate investment scheme,” Paul M. Abbate, Assistant Director in Charge of the FBI’s Washington Field Office said in the press release.

“Mr. Simmons never worked at the CIA and we are pleased that justice was served in this case,” said Dean Boyd, Director of CIA’s Office of Public Affairs.

According to the Associated Press, Simmons still claims “despite all evidence to the contrary, that he’s telling the truth about a 27-year CIA career that supposedly began in 1973.”